Results of Cooperation with US Government 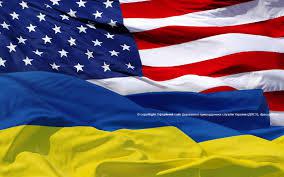 There have been implemented seven ITA projects in the fields of institutional development and combating smuggling of nuclear and radioactive materials across the border, as the result of which:

radiation monitoring systems in 8 BCPs were installed, we received support in the deployment and increasing professional skills of the Repair and Maintenance Radiation Control Systems Group, which was equipped with measuring and repair equipment;

construction of tactical training camp at the SBGS NC was started;

educational institutions were equipped with computer and multimedia equipment.

The work on continuing institution-building of the agency was carried out. Meetings between leadership of the State Border Guard Service of Ukraine and managerial personnel of the Ministry of National Security, Customs and Border Guard Service of the USA on strengthening cooperation in the fields of border agencies reform and improvement of state border protection system, risks analysis and profiling, training of personnel were organized. A work of the temporary adviser of the US Border Patrol was provided. There was organized a study of the US experts’ reports on the development of border protection system, use of mobile units, reform of the Maritime Border Guard and improving coverage of the surface picture in the Black and Azov Seas.

In the framework of the US Government Support and Assistance Initiative to Ukraine (USAI) was started a project on the receiving communications equipment.

Interaction with the special operations unit of the US border patrol (BORTAC) was organized. A three-stage package of measures on special tactical training of the Mobile Detachment personnel with the further professional training basic course of specialists of the US Drug Enforcement Administration was conducted. A temporary adviser on preparing proposals for changes in curricula of special training of personnel of the specified unit was involved.

With the support of the US Embassy in Ukraine was started a second stage of the pilot project on  reform of the State Border Guard Service of Ukraine "New face of the border" for border guard units "Boryspil" (OKPP "Kyiv") and "Krakivets" (Mostyska Border Guard Detachment). An interaction roadmap on reform and development of the SBGS internal security units was worked out.