Results of Cooperation with EU Government 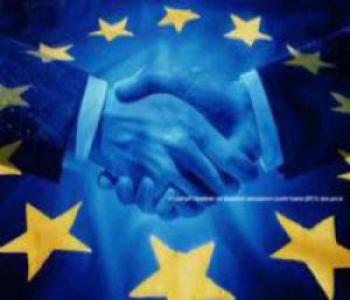 One interim report was worked out and successfully protected before the authorized representatives of the European Commission, an external audit of the projects was conducted.

There have been organized by the European side the final audit of  implementation of the EU Programme "Support for sectoral policy of border management in Ukraine." According to the audit results it was noted that budgetary support was effective and it made a significant positive contribution for the beneficiaries who work in the sector of integrated border management.

Within the framework of "Eastern Partnership":

There has been received border protection equipment, have been organized tender procedures for providing equipment to the Virtual Contact Center at the Ukrainian-Belarusian border "Zhitomyr - Pinsk" under the project "Strengthening capacity of border agencies of Ukraine and Belarus" (SURCAP - Phase 2);

have been held two study trips and eight regional trainings in the areas of documents inspection and risks analysis under the project "Capacity building of integrated border management within the Eastern Partnership" under the overall coordination of Frontex;

There has been launched a Twinning Project "Support to the State Border Guard Service of Ukraine on further implementing the principles of integrated border management, particularly in the field of documents inspection and identification of stolen vehicles." There has been concluded a contract with the EU Delegation in Ukraine and was determined a project contractor  - a joint consortium of border guard  agencies of Germany, Lithuania and Poland. An initial conference and meetings of experts under each component of the project have been conducted.

Cooperation with the EU in the framework of Initiative to create Best Practices Centres for the prevention of threats to use nuclear, radioactive, chemical and biological hazardous substances (CBRN CoE) was strengthened. Administration of the State Border Guard Service was identified as the agency that performs technical functions of the National Contact Center. A presentation of the aforementioned Initiative was conducted for the central authorities of Ukraine, implementation of 3 international assistance projects was started.