However, unfortunately, for the civilians of the temporarily occupied territory of Ukraine, proper traffic through this and other road corridors was blocked by the Russian occupation forces.

Recently Ukrainian officials and members of the EU diplomatic corps visited the Joint Forces operation area. In Donetsk region, the Vice Prime Minister - Minister for Reintegration of the Temporarily Occupied Territories of Ukraine Oleksii Reznikov and the Ambassadors of the Federal Republic of Germany, Sweden and Poland were met by the Head of the Donetsk Regional State Administration Pavlo Kyrylenko and representatives of the Joint Forces Command. During the visit, the delegation got acquainted with the functioning of the humanitarian road corridor “Donetsk – Mariupol”.

Thus, directly at the EECP, Colonel Andrii Tyshkevych, Deputy Commander of the Joint Forces for the Use of Forces and Means of the State Border Guard Service of Ukraine, acquainted the guests with the current security situation at all checkpoints on the demarcation line and the peculiarities of Novotroitske EECP. The participants were shown modern samples of border control technical means used by servicemen during control operations. Special attention was paid to the comfort and safety of citizens.

In addition, the delegation got acquainted with the developed service area in front of the EECP. From now on, citizens, having crossed the line of demarcation in this EECP, will be able to visit bank and post offices, use the Center for Administrative Services. For comfort, the service area is equipped with appropriate amenities.

However, unfortunately, for the civilians of the temporarily occupied territory of Ukraine, proper traffic through this and other road corridors was blocked by the Russian occupation forces. 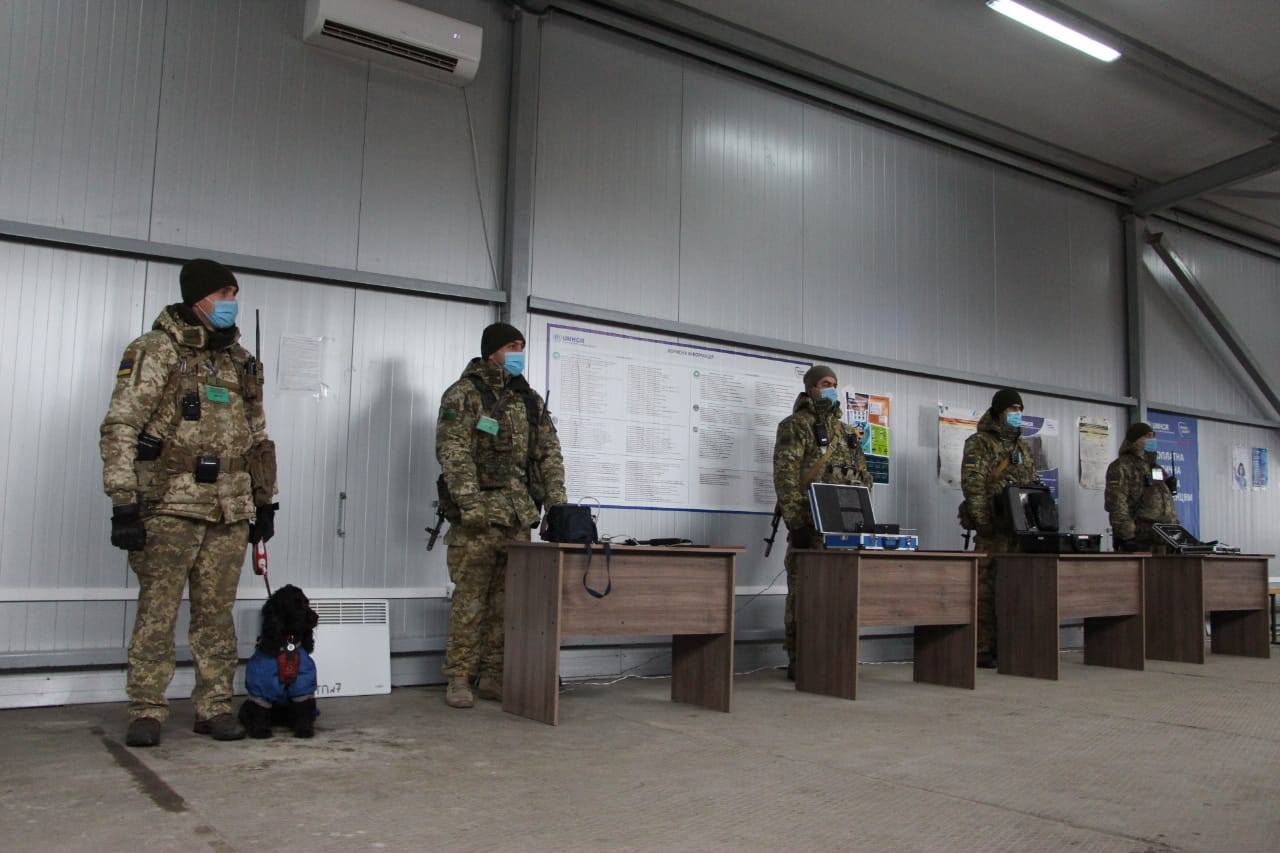 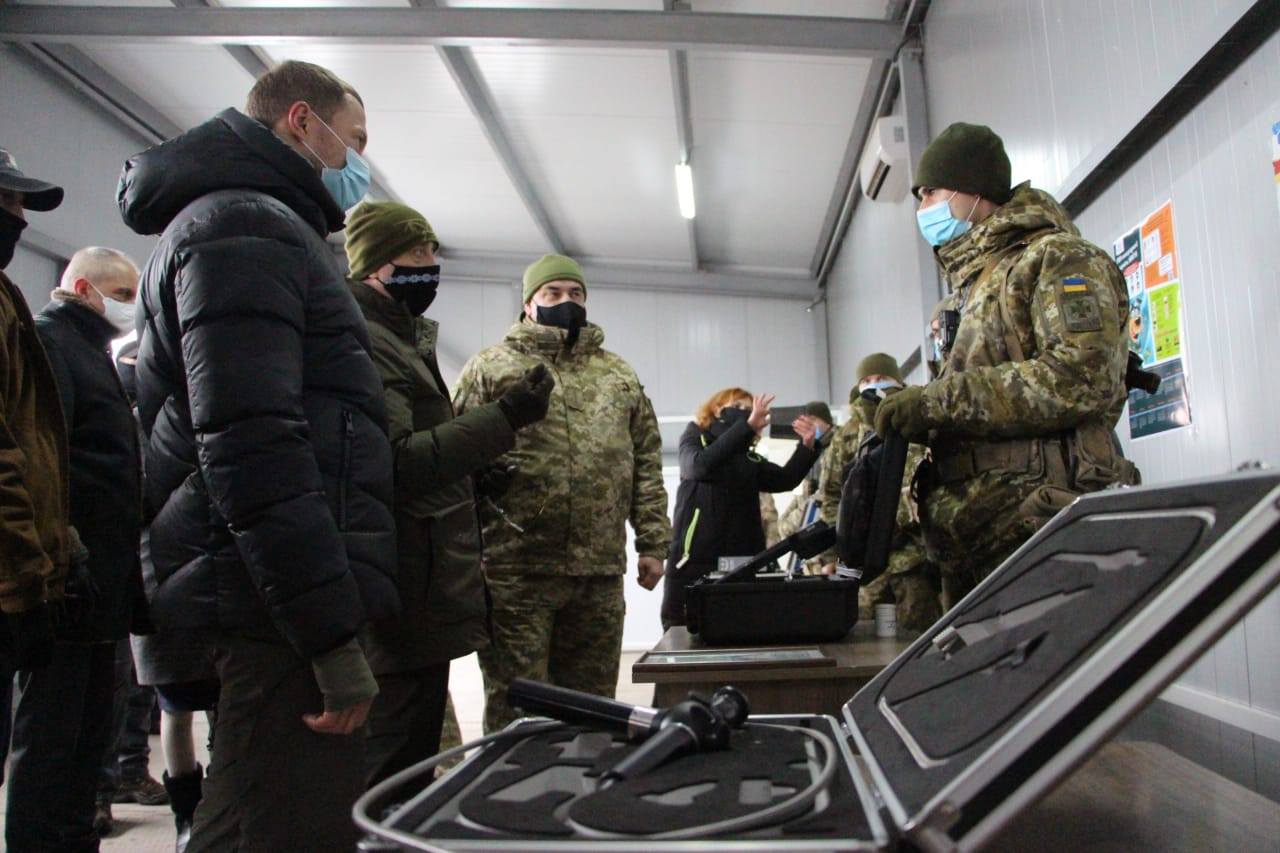 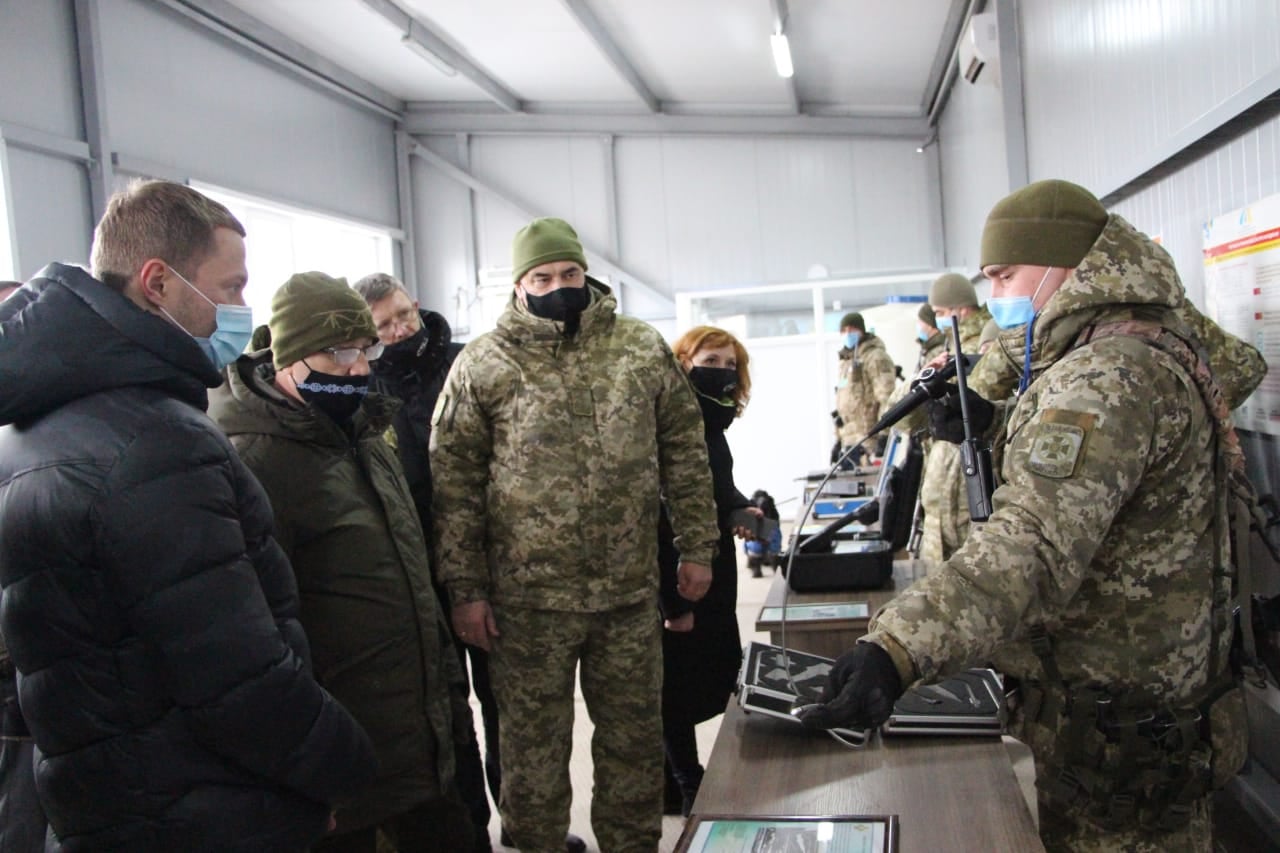 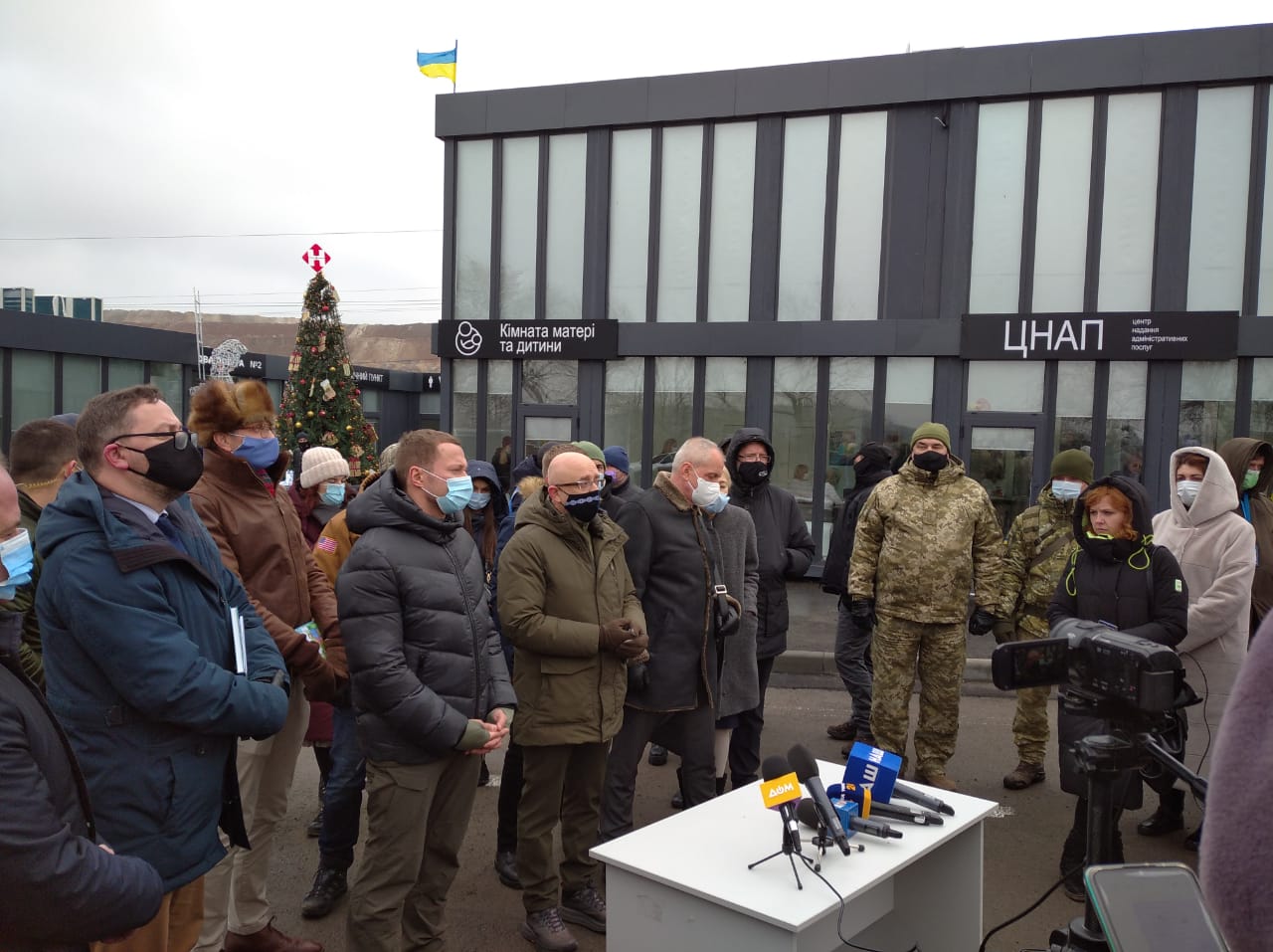 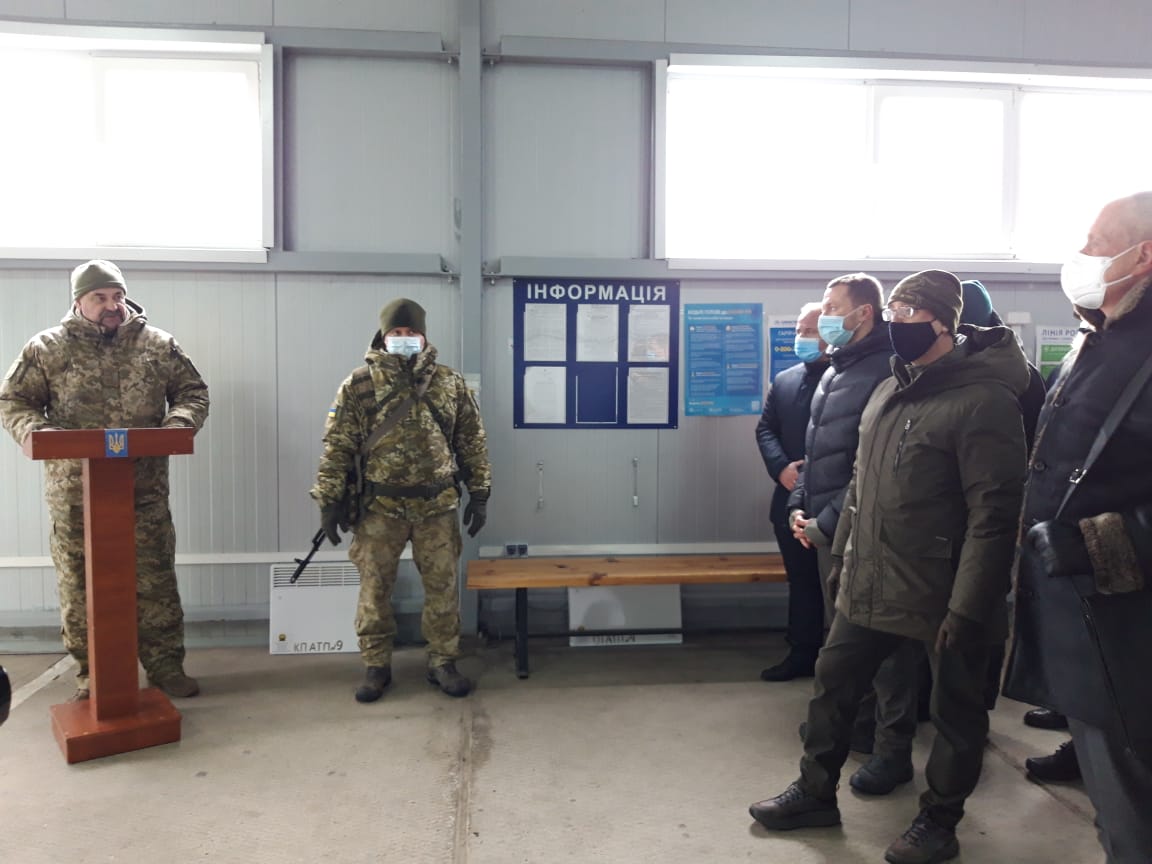 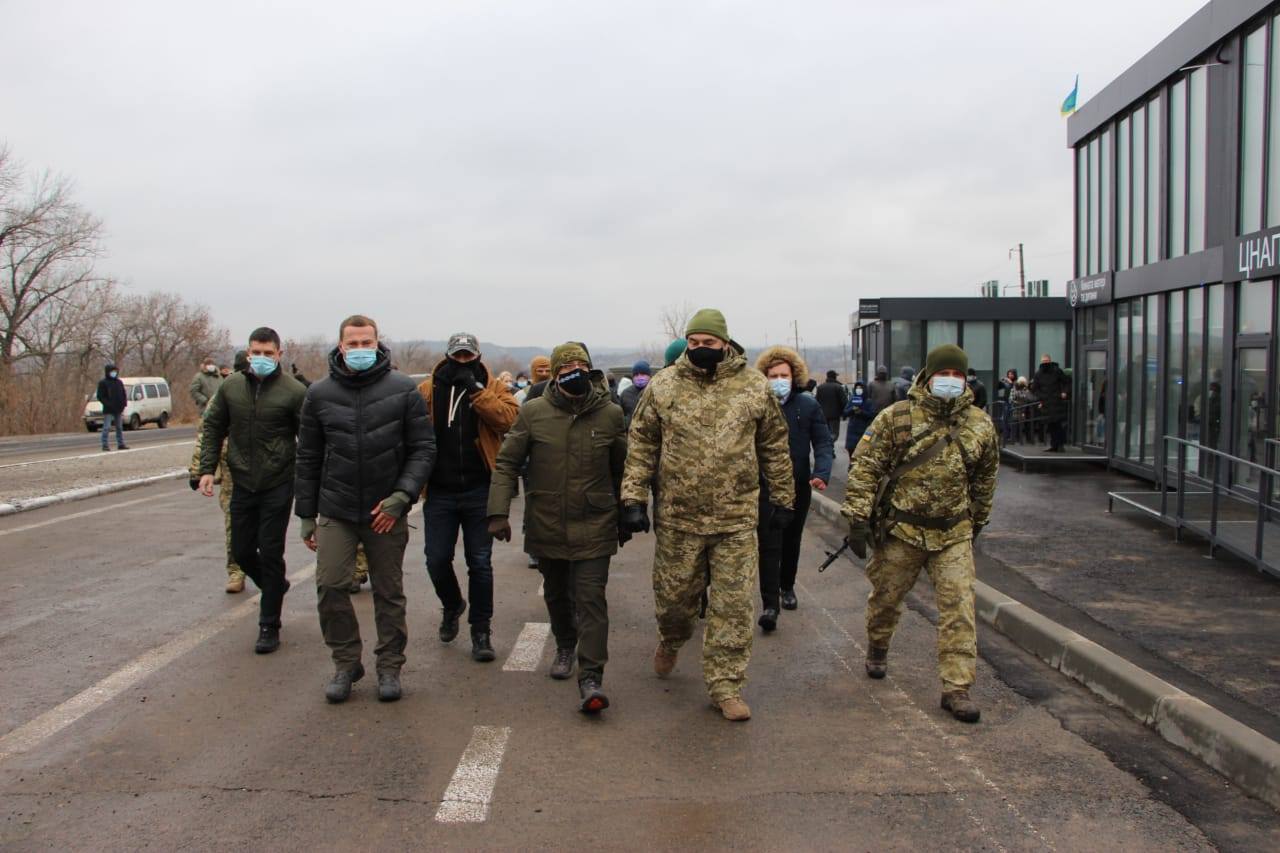