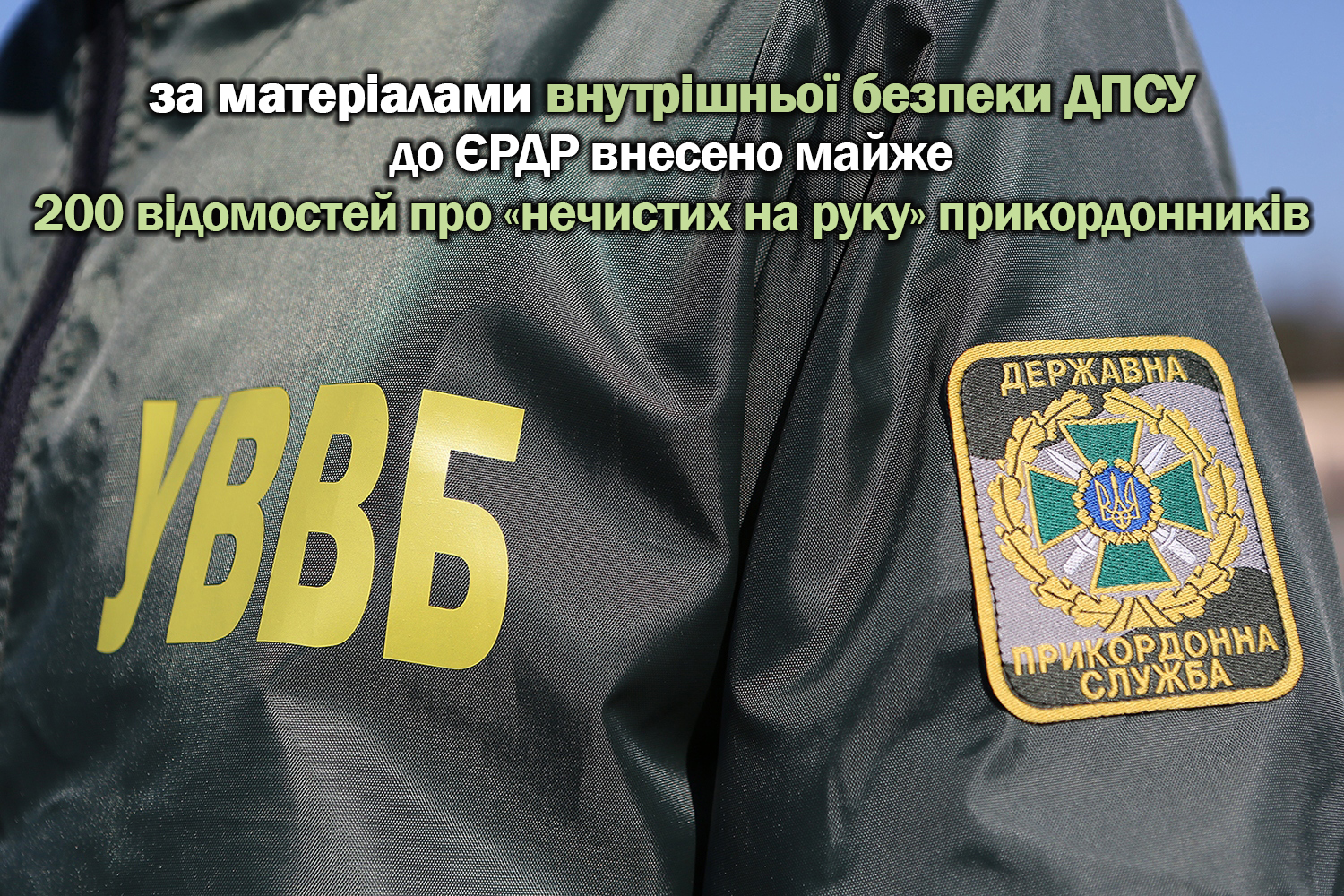 As reported, the operative personnel of the State Border Guard Service, in cooperation with the SSU, SBI and under the procedural guidance of the military prosecutor's office, detained 3 border guards of Zhytomyr BG detachment involved in illegal activiti

As reported, the operative personnel of the State Border Guard Service, in cooperation with the SSU, SBI and under the procedural guidance of the military prosecutor's office, detained 3 border guards of Zhytomyr BG detachment involved in illegal activities at the state border.

The servicemen not only facilitated the illegal movement of tobacco products, but also tried to bribe their chief in order to turn a blind eye to their illegal actions.

In addition to detaining the bribe-takers and their accomplices, law enforcement officers prevented the movement of hundreds of boxes of cigarettes worth millions of hryvnias across the border.

It seems to be simple - exposed, detained. But, in fact, in order to expose the double-dealers, even before the beginning of the criminal proceedings, this was preceded by hard work of the internal and personal security officers of the State Border Guard Service. It was on the basis of their materials and information that criminal proceedings were instituted.

And although in society there is an opinion that border guards are detained only by other law enforcement officers, and not by the State Border Guard Service itself - in fact this is not true.

The legislation clearly separates the limits of responsibilities within which law enforcement officers may act. In particular, the State Border Guard Service does not have the authority to enter information into the Unified Register of Pre-Trial Investigations and conduct a pre-trial investigation. Procedurally, this can be done only by a limited number of law enforcement bodies.

At the same time, counteraction of criminal and other personnel's offenses is one of the obligations of our agency.

In total, since the beginning of the year, according to the materials of the internal security units, almost 200 data units concerning "dirty" border guards have been entered into the Unified register of pre-trial investigations. Further inspections in criminal proceedings are carried out exclusively by the Unified register of pre-trial investigations under the procedural guidance of the military prosecutor's office and in cooperation with other law enforcement bodies, in particular the Security Service of Ukraine or the National Police.

This year, the work of the SBGS's internal security departments made it possible to detain 25 military servants who were trying to obtain illegal benefits by taking advantage of their official position. Most of them are involved in the illegal movement of tobacco products and other goods.

At the moment 12 border guards have been found guilty of committing corruption offenses.

The border agency will not abandon cleaning out the ranks of corrupt officials. This direction is unchangeable. The SBGS leadership has repeatedly pointed out that regardless of rank and achievements, bribe-takers will take the responsibility.