HomeNewsTHE FIRST CUTTER OF THE MARITIME GUARD, PRODUCED DURING THE TIMES OF INDEPENDENT UKRAINE, CELEBRATED THE 8TH ANNIVERSARY OF THE FLAG RAISING

THE FIRST CUTTER OF THE MARITIME GUARD, PRODUCED DURING THE TIMES OF INDEPENDENT UKRAINE, CELEBRATED THE 8TH ANNIVERSARY OF THE FLAG RAISING 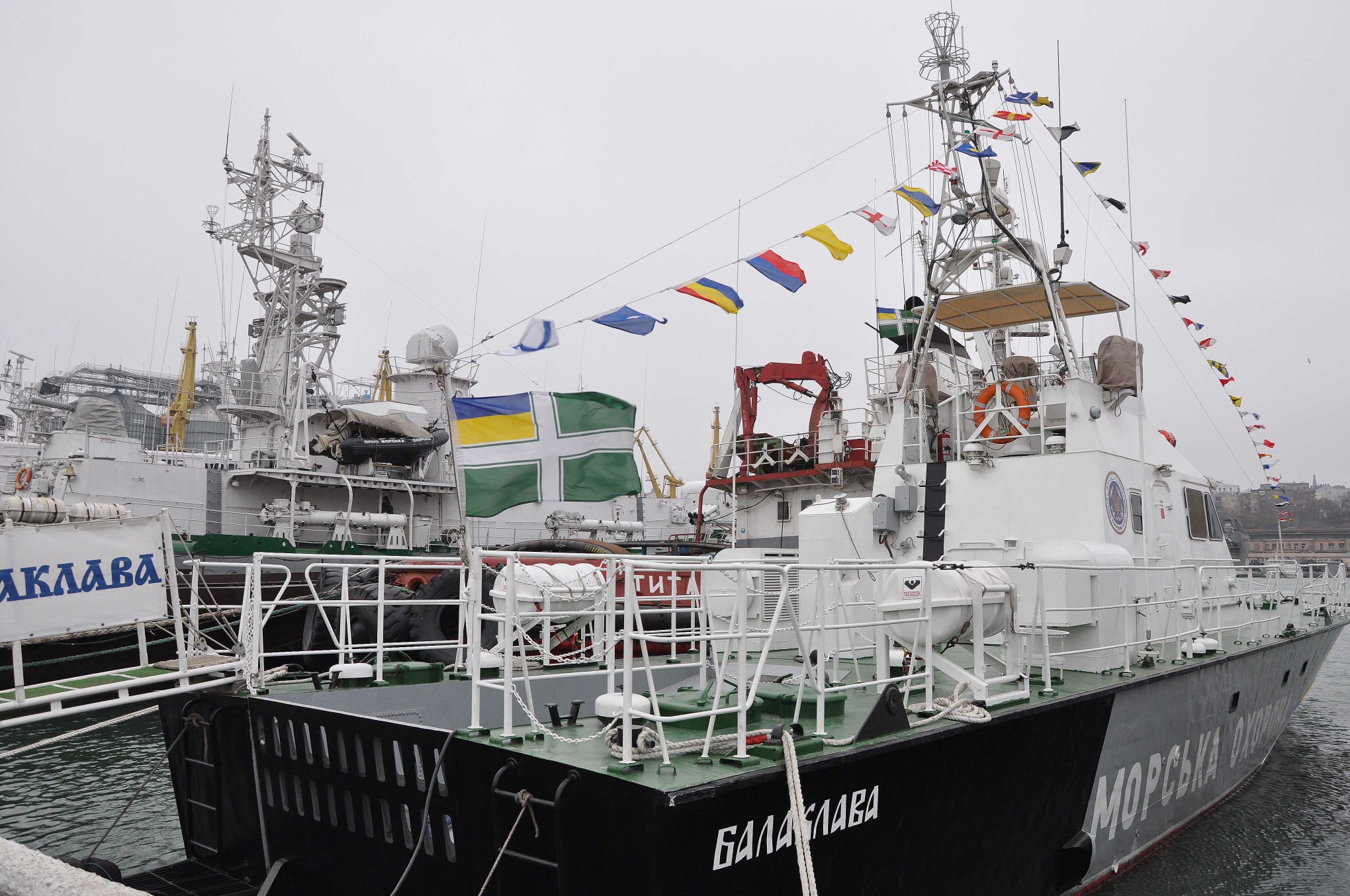 Although the Balaklava cutter is relatively young, its crew is already experienced, and their service experience is convincing and profound.

Although the Balaklava cutter is relatively young, its crew is already experienced, and their service experience is convincing and profound.

The crew showed their patriotism, devotion and determination in 2014, when during the annexation of Crimea by the Russian Federation, sea border guards were able to quickly and clearly decide to take the cutter to sea, go to Odessa, leaving the occupier no chance to get such a tasty trophy. Every day, the crew proves by exemplary attitude to the service that it deserves to be considered one of the best. They are trusted and often delegated to represent the Maritime Guard in sea parades, anti-terrorism trainings, and many other large-scale events. During the year, the cutter, guarding the sea borders of the state, traveled more than 2,300 nautical miles. At the same time, “Balaklava” is in fact the embodiment of a fair punishment for a large number of poachers and violators of border legislation. This year, the cutter's crew detected and seized more than 2,000 units of prohibited fishing gear, almost 1,000,000 meters of flounder and sturgeon nets that had been illegally put at sea. From the poaching traps, the cutter crew released more than 800 representatives of marine fauna into the environment, the vast majority of which were Red Book species. At the same time, law enforcement officers prevented damage to the state by several million hryvnias.

On the solemn day, the crew received congratulation from the administration of the Maritime Guard Regional Directorate of the State Border Guard Service, the Odessa Maritime Guard Detachment, colleagues and friends. By the way, friendly congratulation took place in conditions of terrible rocking, because the sea had been storming for several days. However, the combat crew feels quite natural in these conditions. They even joke in a friendly way that a commander who lives by the sea feels much more energetic in any storm than on land.

We wish the crew good health, inspiration, well-being, positive achievements and further unity of the team! 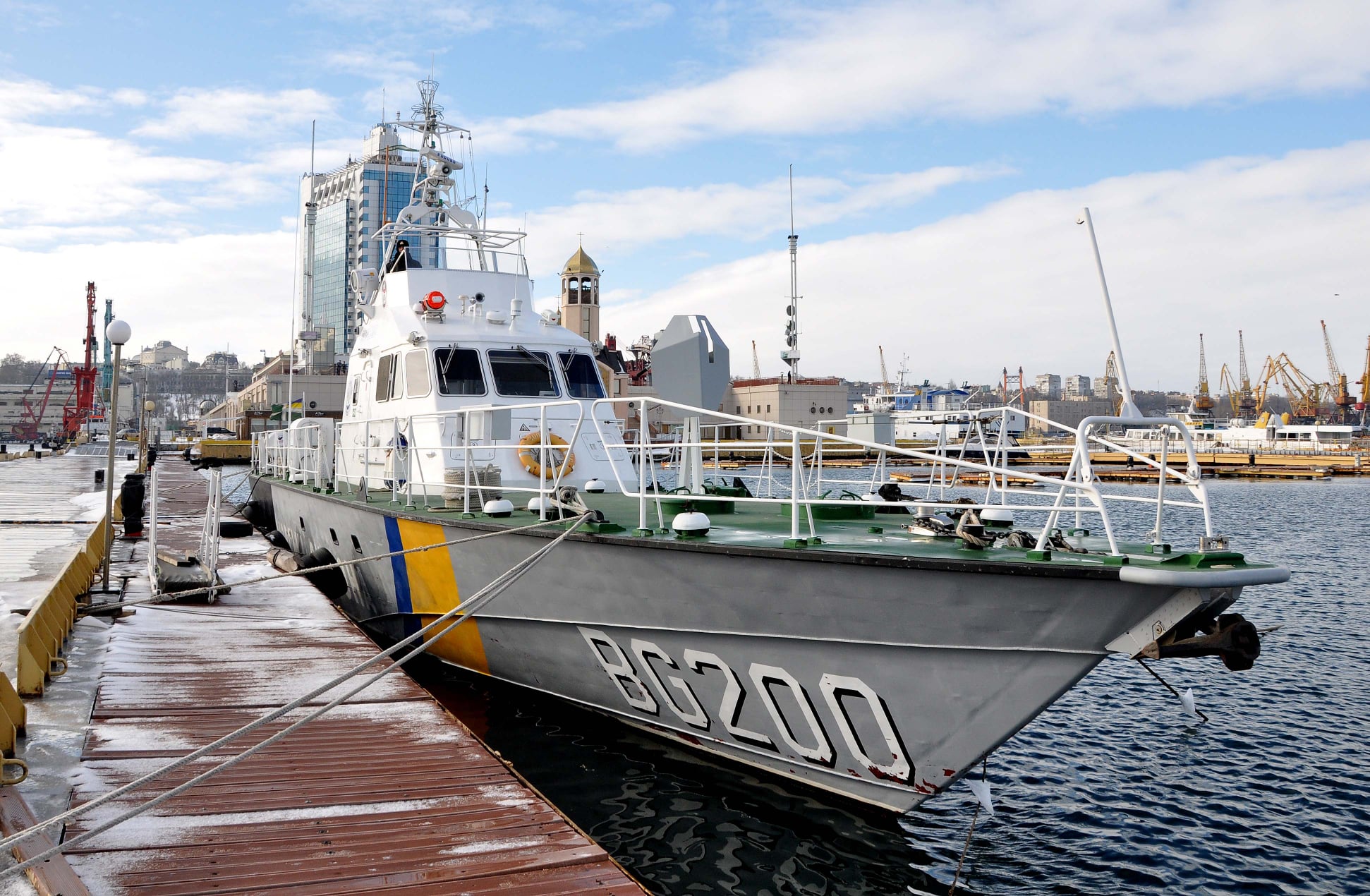 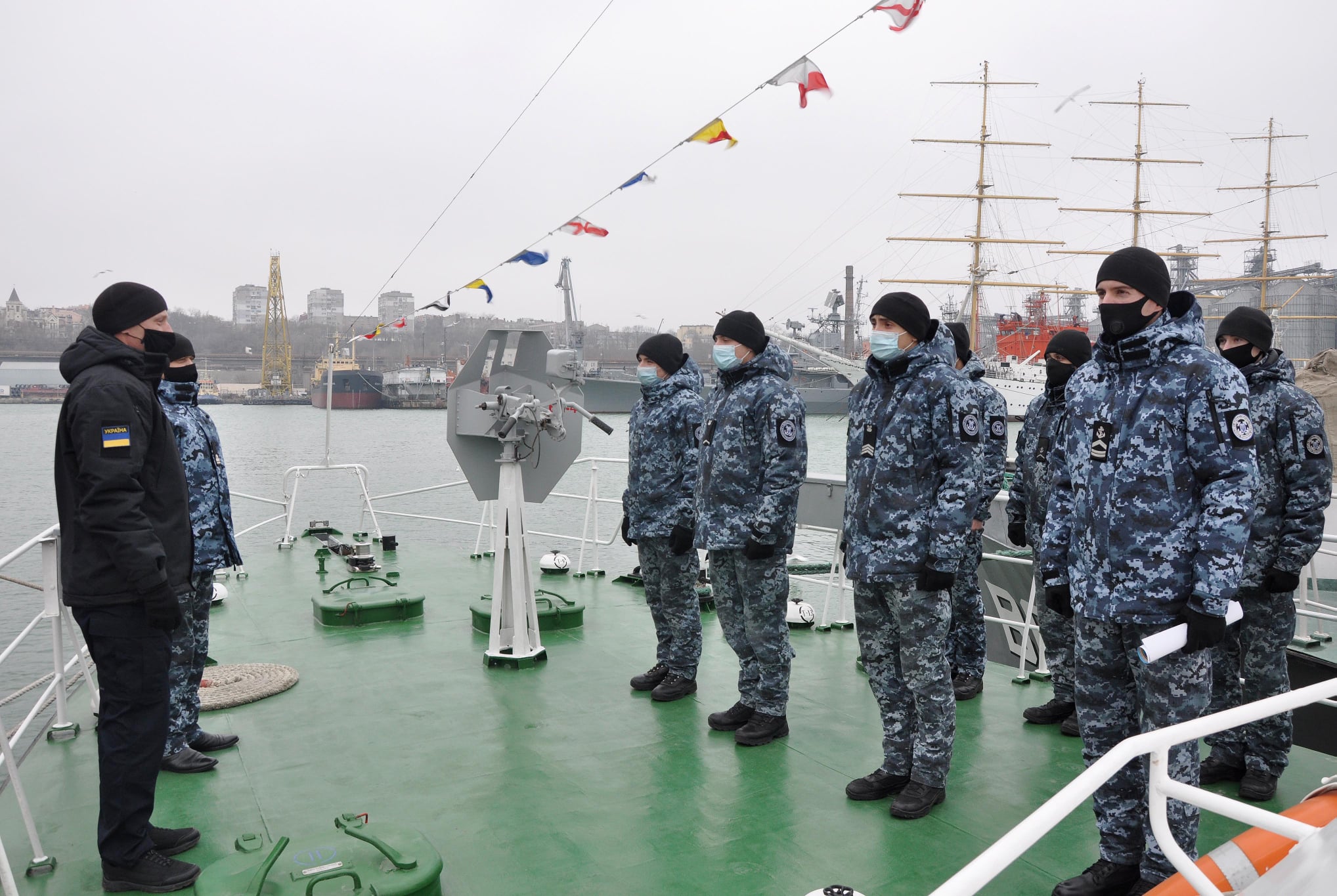