The State Border Guard Service Administration has hosted an expanded meeting of the Board to discuss the results of 2020.

The State Border Guard Service Administration has hosted an expanded meeting of the Board to discuss the results of 2020.

Serhii Honcharov, Deputy Minister of Internal Affairs of Ukraine, took part in the event via videoconference. People's Deputy of Ukraine Pavlo Sushko attended the Board meeting in person.

At the beginning of the event, the attendees remembered those who gave their lives defending the borders and independence of Ukraine and honored the Heroes with a moment of silence.

Opening the meeting, the Head of the State Border Guard Service noted that in 2020 the agency performed its tasks in a complex and dynamic environment.

“Last year was special for the state and our service. In addition to the threats of Russian aggression and cross-border crime, we have had to respond to new challenges posed by the COVID-19 viral pandemic. Despite this, the Service continued to develop in a planned manner and fulfilled the tasks set by the state leadership and the Ukrainian people with dignity,” Serhii Deineko said.

Among the main achievements of the State Border Guard Service in 2020, which Serhii Deineko noted in his report, are as follows:

- handling of 38 draft normative legal acts within the framework of improving the legislation on border issues. Of which accepted - 14. First of all, they relate to strengthening the responsibility of offenders and expanding the powers to implement the functions of the Service;

- continuation of the cardinal changes in the service which began last year - from the staff structure to the organization of tasks at the border. The reorganization of the border protection system is underway. Its goal is to optimize the governing bodies and create vacant positions for border security units. To date, 403 state border guard units have been reorganized. With the participation of the President of Ukraine, a new entry-exit checkpoint “Shchastia” and a division of inspectors of the border service “Rozsypne” were opened in the area of ​​Luhansk detachment (06 and 07.11.2020). During the deployment of a modern video surveillance system in the “Rozsypne” sector, 40% savings in budget funds were achieved;

- carrying out operational and preventive measures “ZASLON” and the joint operation “Zubr-2020” in order to strengthen the fight against illegal activities. Combat reserve units were also actively used in high-risk areas;

- improvement of the operational component, risk analysis and interdepartmental interaction. The first steps have been taken to implement a system for pre-processing of passenger information;

- laying a solid foundation for the development of Maritime Guard and border aviation. Thanks to fruitful cooperation with the Government of France, a project to build 20 modern cutters for the State Border Guard Service is being implemented. At the end of next year, the Maritime Guard will receive the first patrol cutter. The border guards' fleet will be replenished with 24 patrol helicopters, two of which have already been received this year. In addition, 7 unmanned aerial vehicles and 30 quadcopters will patrol the border. In addition, for the first time 6 UAV counteraction complexes were purchased for the units of the Western Regional Directorate;

- an important step in improving the quality of border control procedures at border crossing points included: the implementation of a pilot project to introduce an electronic coupon at the Novi Yarylovychi BCP and testing of the complex "Face Recognition" at the separate border crossing point “Kyiv”;

- development of logistics and service medicine. Over the past year, improvements were achieved in the service-based system of medical care for staff. Under difficult epidemiological conditions, mass illnesses of personnel were prevented. At the same time, almost 300 specialized beds for the treatment of patients with COVID-19 have been deployed. The Mobile Hospital was deployed. As part of the partnership assistance, 10 modern ventilators and medical devices worth more than UAH 12 million were received. To date, medical equipment worth UAH 200 million has been purchased and put into operation to ensure the diagnosis and treatment of patients with COVID. (ventilators, ECMO, X-rays, ultrasound, laboratories and other medical devices). An agreement with the Government of Japan for the supply of a modern tomograph, worth 2 million US dollars is its final stage. For the first time, a mammogram device was purchased for the purpose of high-quality examination and diagnosis of women’s health.

During the Board meeting, reports from the relevant officials of the State Border Guard Service were also heard and discussed.

Note the significant changes in the IT sector. In particular, modern digital (VHF) communication and a system of cryptographic protection of information have been developed, and a system for recording administrative offenses in the field of road safety have been created. Electronic document management has also been introduced in the State Border Guard Service Administration.

This year, more than UAH 230 million worth of technical assistance has been received from international partners, which has significantly strengthened the capabilities of the border guards.

In addition, the head of the Border Guard Service noted that due to the work of the Service's staff, in the second half of the year there was an increase in the level of trust in the State Border Guard Service of Ukraine. Thus, according to the latest research of the Razumkov Centre, it is the highest among law enforcement agencies and stands at 58%.

An important result is also the reduction in the disproportion of monetary support compared to the servicemen of the Armed Forces. To date, the Verkhovna Rada of Ukraine has approved the state budget, which will allow maintaining the proper level of financial support for border guards next year.

Separately, it should be noted that the project “New face of leadership” has already become a brand of the border agency and has significantly improved the quality of the management of border units. In total, 5 stages of the project were carried out, 33 officers were appointed to the relevant positions, 113 were enrolled in the personnel reserve.

The leadership of the State Border Guard Service continues to take all possible measures to improve the state of social security, comprehensively provide personnel and create appropriate conditions for service. Undoubtedly, this issue is one of the priorities. 14 families of border guards will receive apartment keys (13 - in Lutsk and 1 in Lviv). About 250 border guards will receive monetary compensation for housing. In addition, in 2021 it is planned to complete 5 buildings with a high degree of readiness and receive 387 apartments. Of these: 167 - in Kyiv, 100 - in Lviv, 80 - in Uzhhorod, 36 - in the village of Muzykivka in Kherson region and 4 - in Khmelnytsky.

Deputy Minister of Internal Affairs of Ukraine Serhii Honcharov noted: “Dear members of the Board, dear attendees, this year, which was really difficult for the whole country and for the State Border Guard Service in particular, the service continued to develop systematically. The Ministry definitely supports the development of the State Border Guard Service of Ukraine.”

“I consider the tasks set for the service this year to be fulfilled. There is still a lot of work ahead, of course. And among the main tasks is to ensure the security of the state border and to continue preparations for the resumption of control in the temporarily occupied territories of Ukraine. And, taking this opportunity, on behalf of the Minister of Internal Affairs and the Board of the Ministry of Internal Affairs, I would like to thank the leadership of the State Border Guard Service and all border guards for your dedicated work,” Serhii Honcharov summed up.

People's Deputy of Ukraine Pavlo Sushko, who was present at the Board meeting, noted that 2020 was a challenge for all mankind, and border guards were among the first to curb the spread of the pandemic in Ukraine and were the first to bear these risks. He thanked the staff and to all those who continue to perform their duties in such a difficult environment.

The People's Deputy noted the quality work of border guards, and also assured of the full support of the state leadership in both financial support and other social aspects.

“Border guards are the elite, and they must be motivated,” Pavlo Sushko stressed.

Pavlo Sushko also pointed out that opinion polls show that the level of public confidence in the border agency is growing significantly, which is evidence of the improving image of the service and the proper performance of their duties by the staff.

Separately, the People’s Deputy noted the effective work of border guards in combating drugs and smuggling of various goods. “This is a joint achievement, this is the merit of each of you, this is the merit of your subordinates. Only together we will be able to implement everything, and as a result, we will bring the State Border Guard Service to the level we will be proud of and pass it on to the next generations,” said Pavlo Sushko and called for continuation of high-quality performance on a daily basis.

During the meeting, individual servicemen were awarded certificates from the Verkhovna Rada and the Cabinet of Ministers, honours of the Ministry of Internal Affairs and the State Border Guard Service for their significant contribution to ensuring reliable protection of the state border of Ukraine, diligence and initiative, dedication and high professionalism.

At the conclusion of the event, the Head of the State Border Guard Service thanked the staff who continue to work for the benefit of the state and the agency in these difficult conditions. Separately, the head of the border service expressed gratitude for the support of the State Border Guard Service of Ukraine to President of Ukraine Volodymyr Zelensky, Deputy Prime Minister for European and Euro-Atlantic Integration of Ukraine Olga Stefanishyna, Minister of Internal Affairs of Ukraine Arsen Avakov and his entire team, People’s Deputies Pavlo Sushko, Oleksandr Zavitnevych and Denis Monastyrskii, as well as all international partners.

“We have a new year ahead of us, new tasks and challenges. But I am confident that together we will overcome everything and will successfully continue the development of the service,” - Serhii Deineko noted. 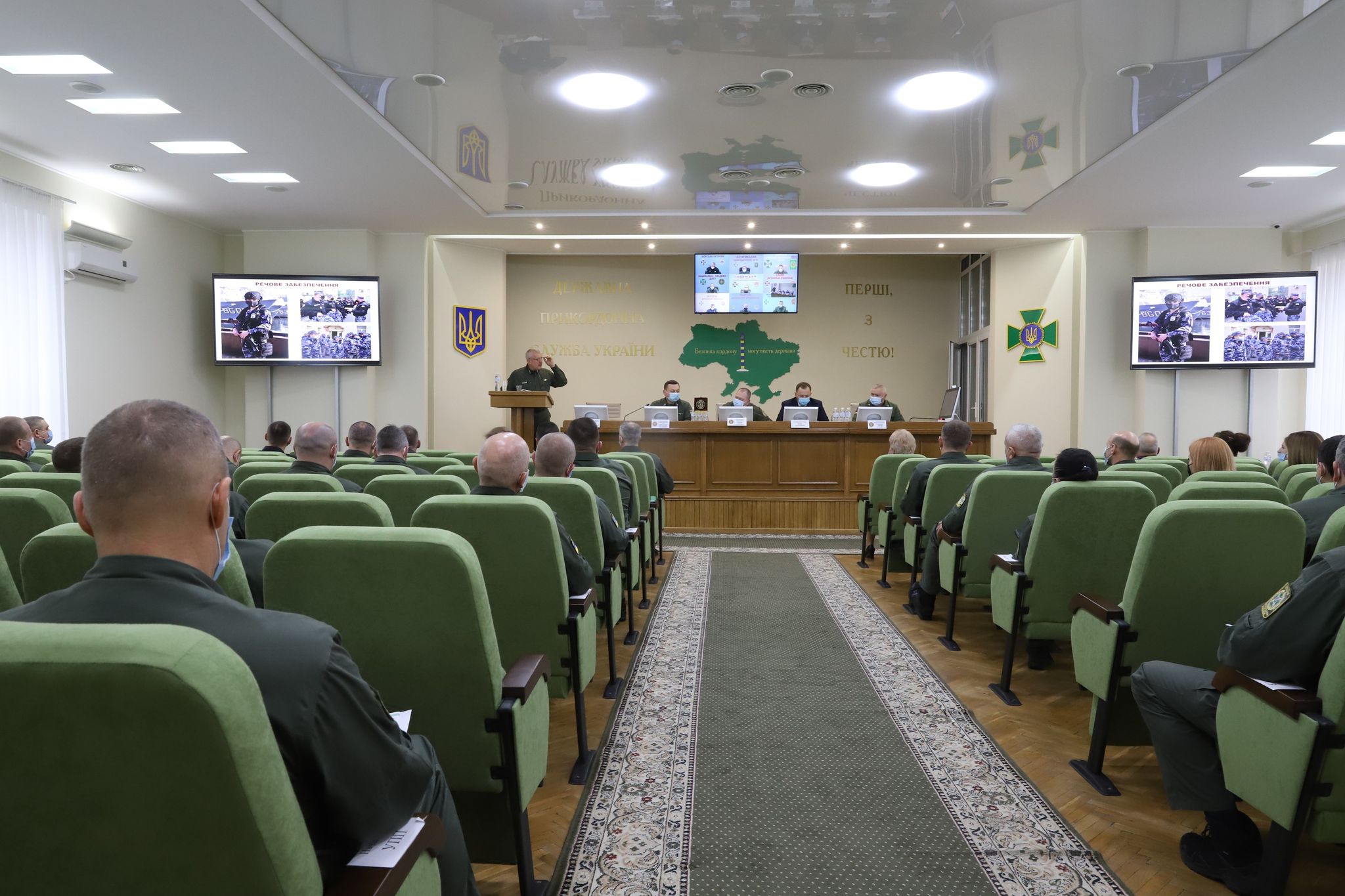 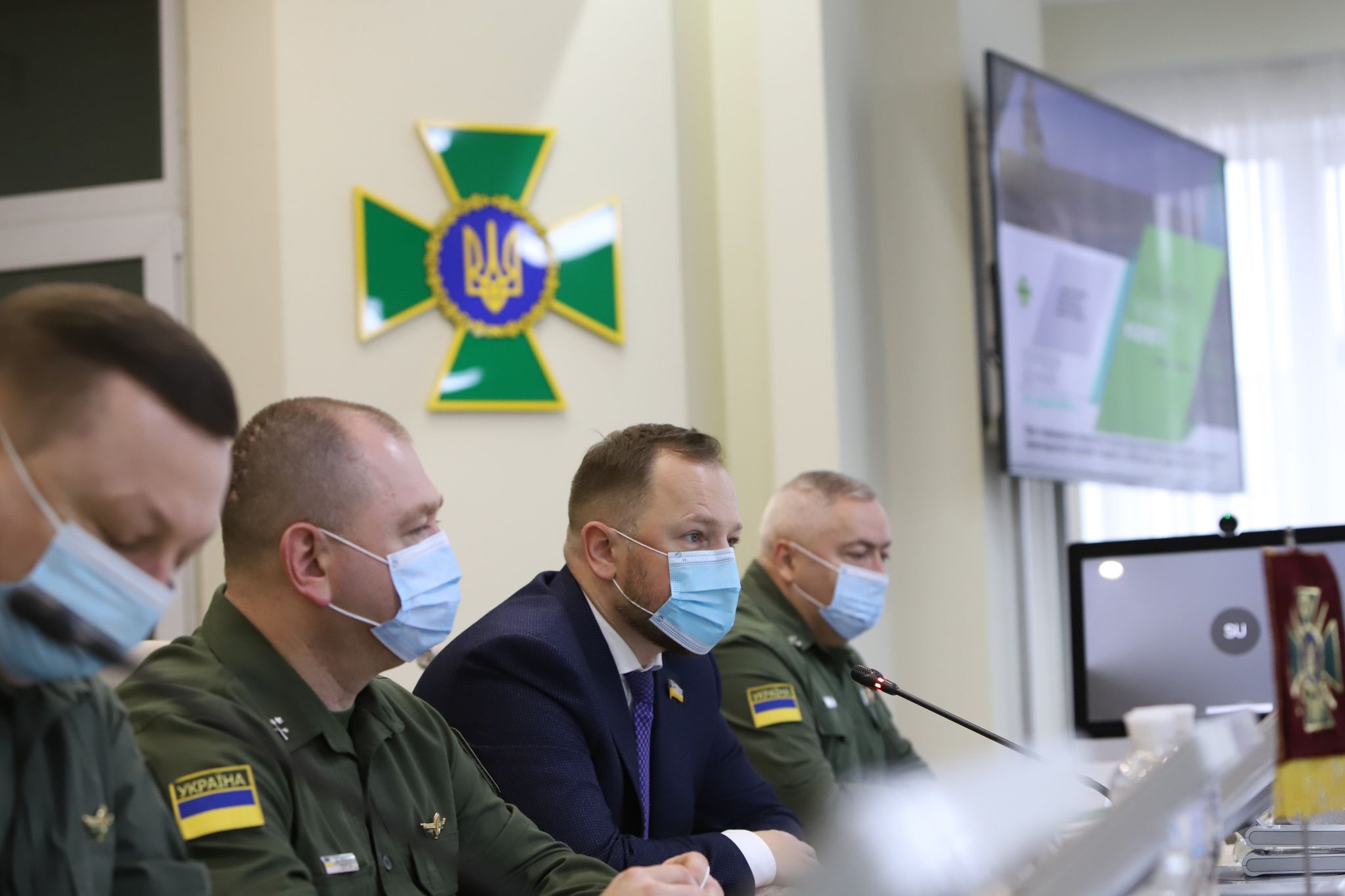 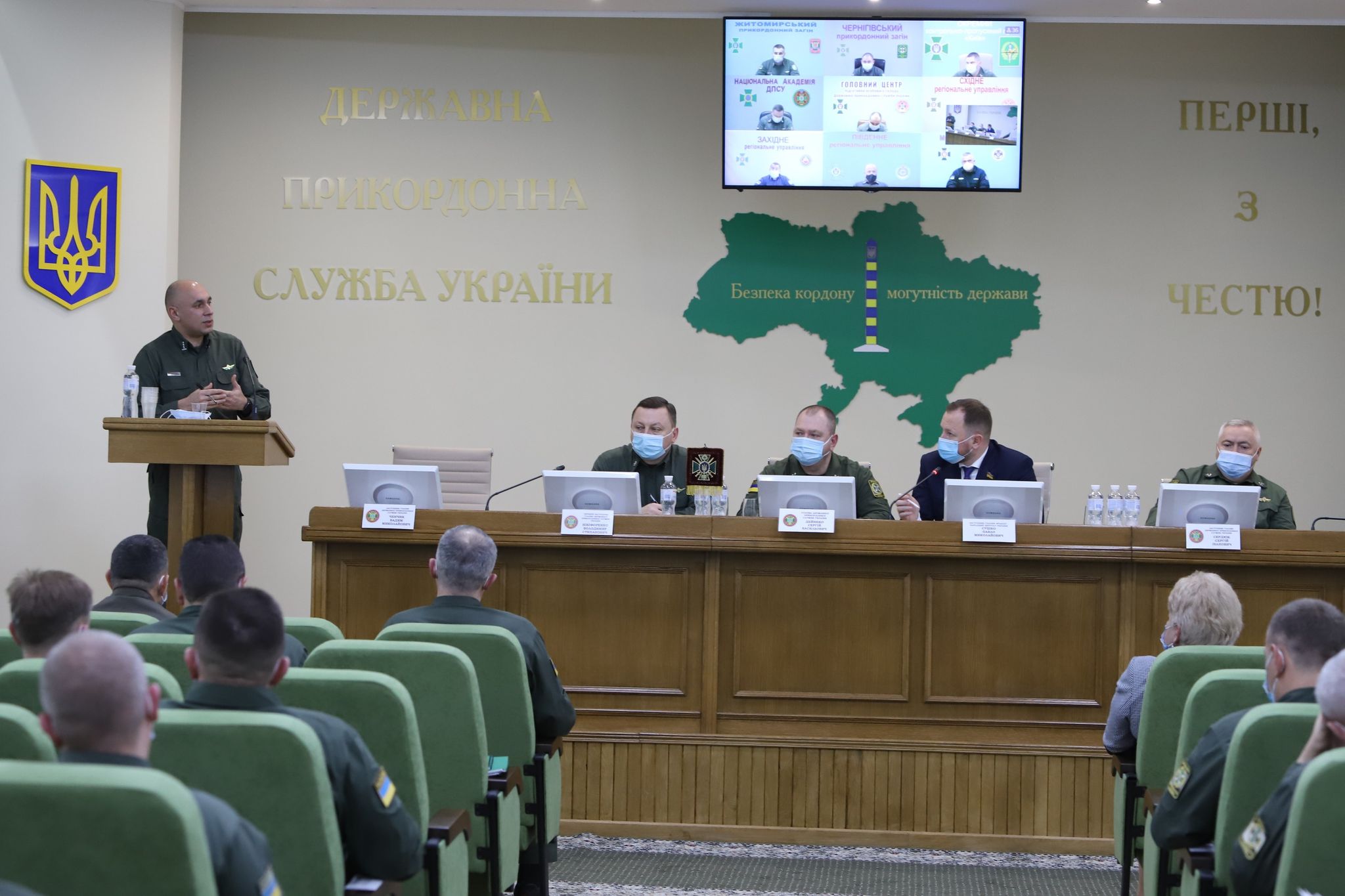 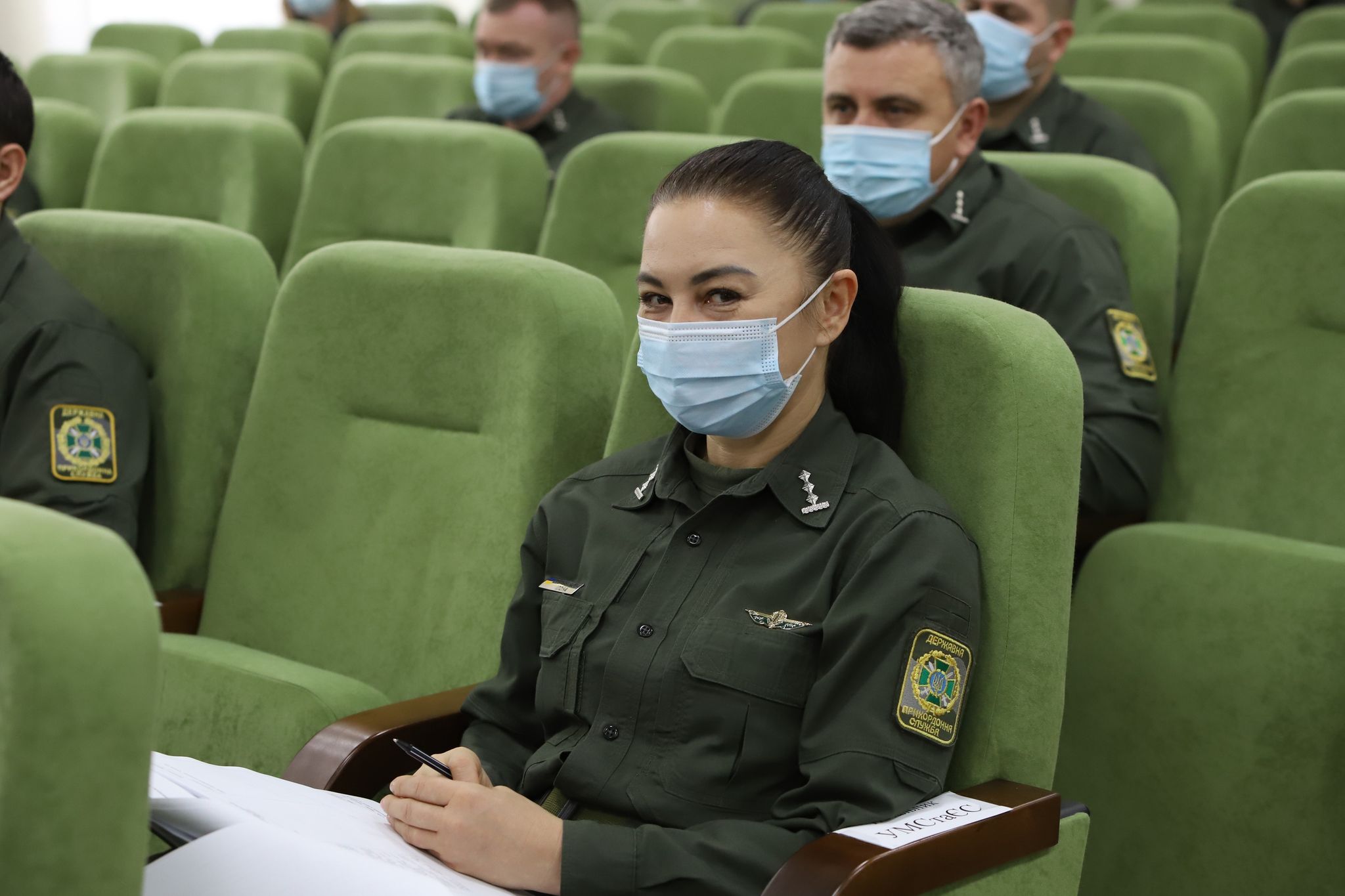 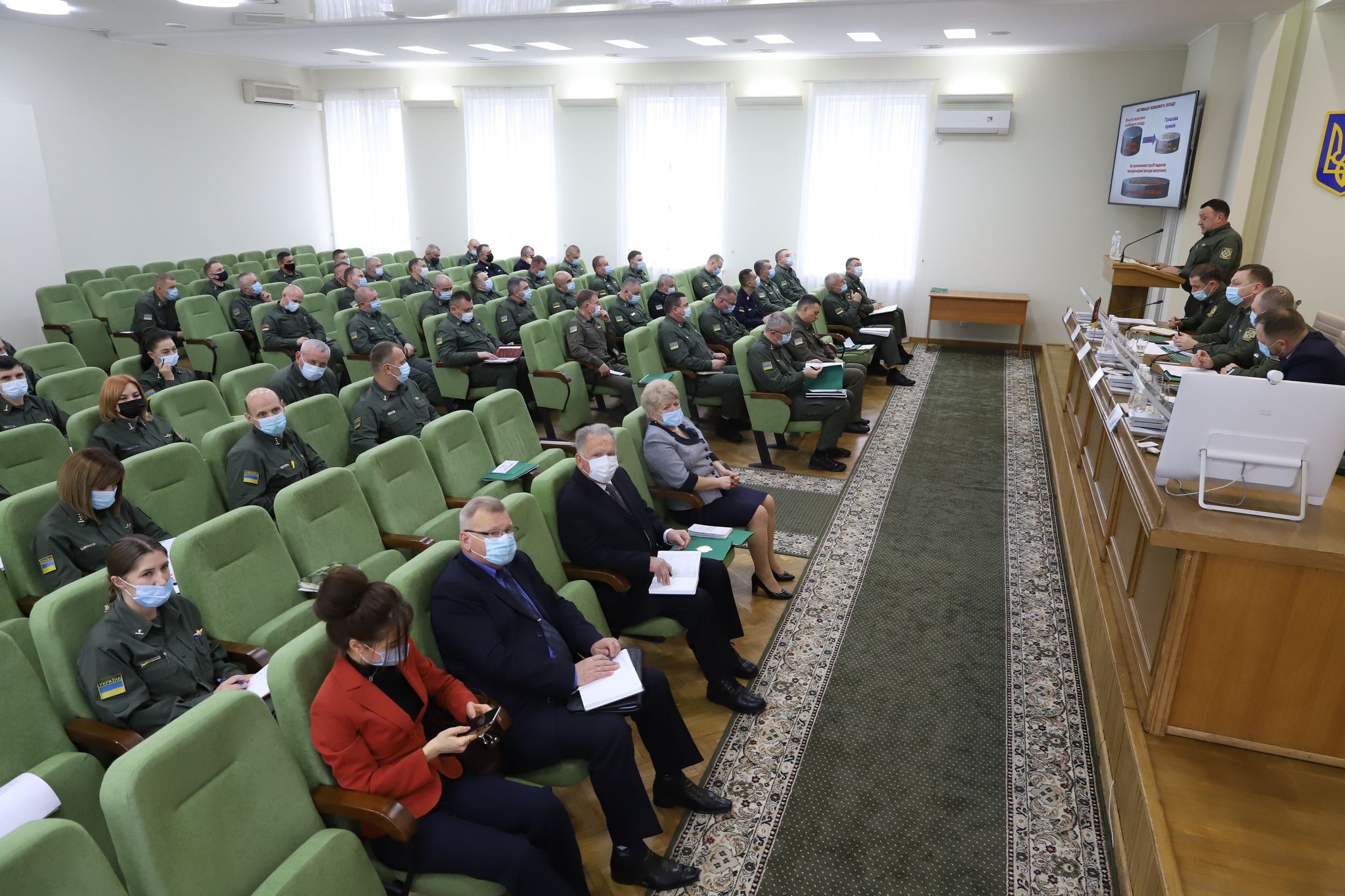 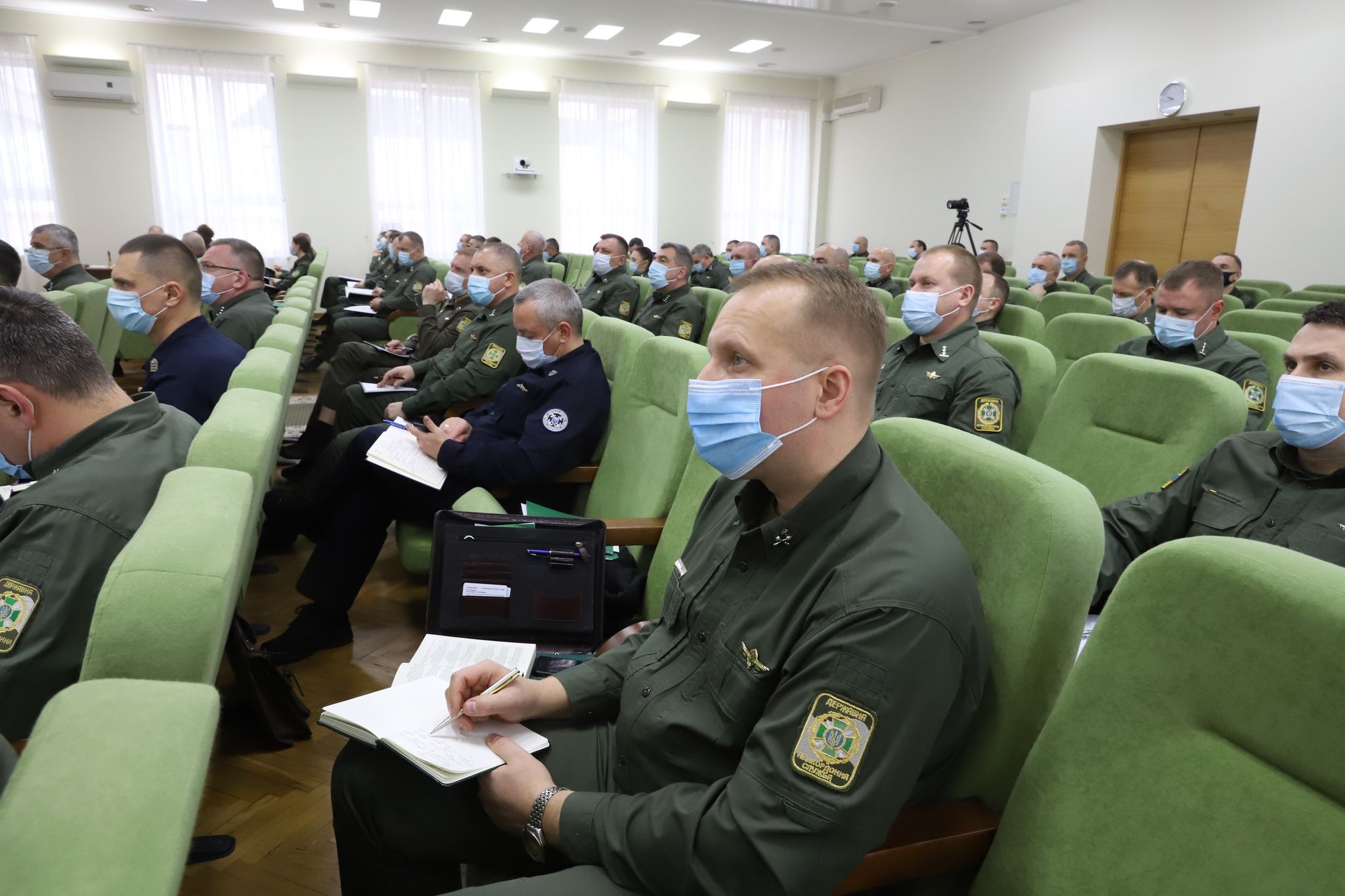 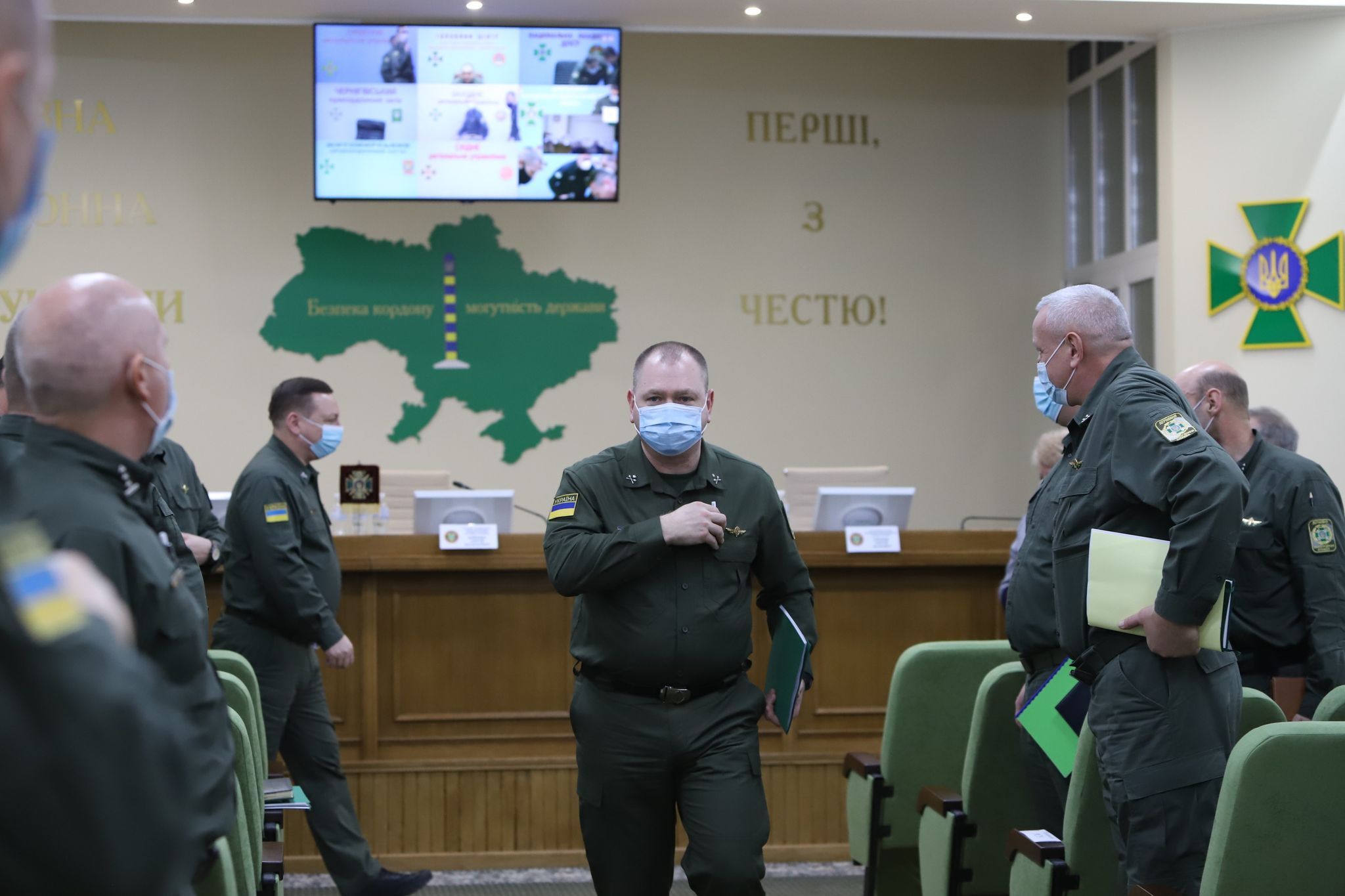 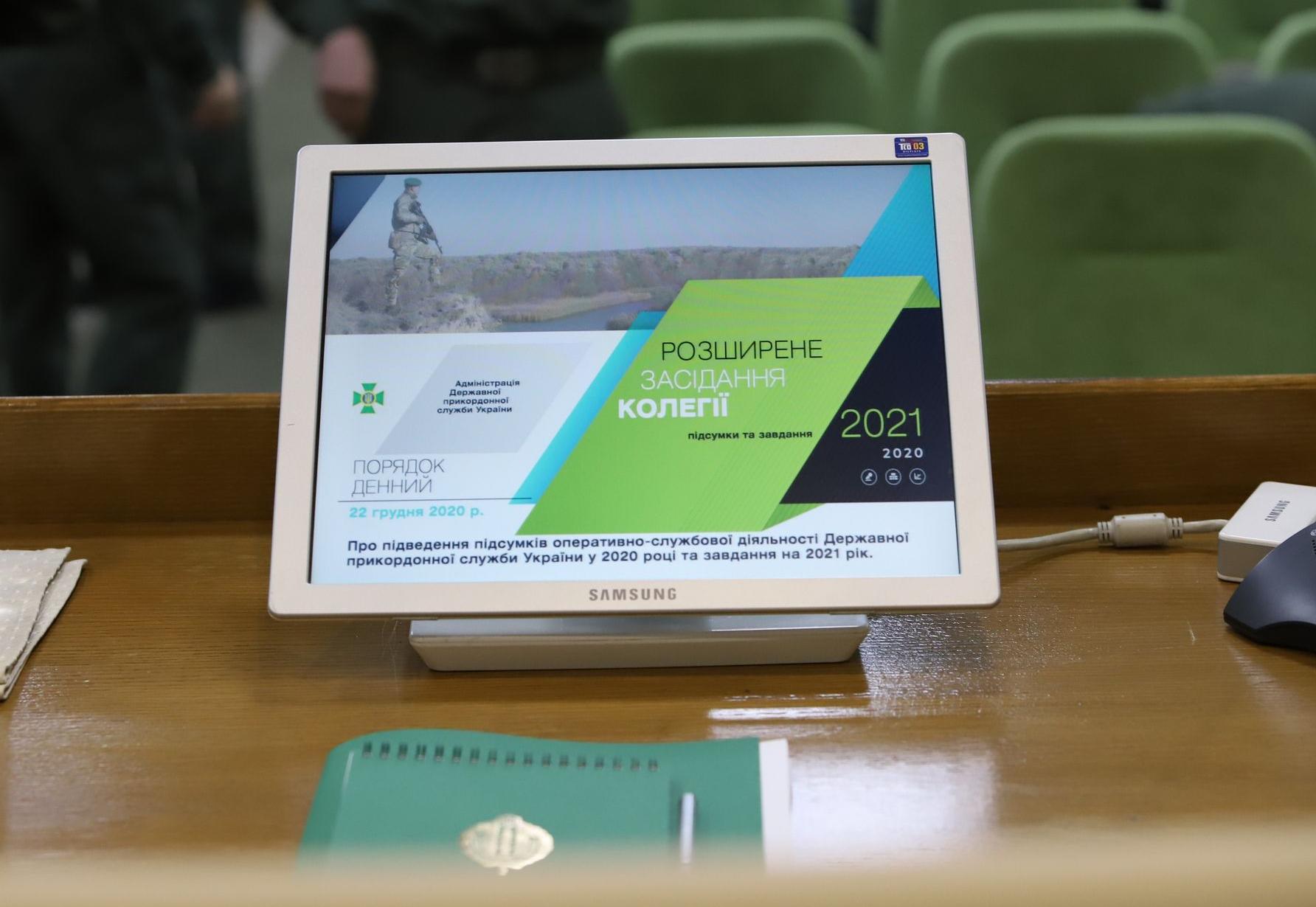 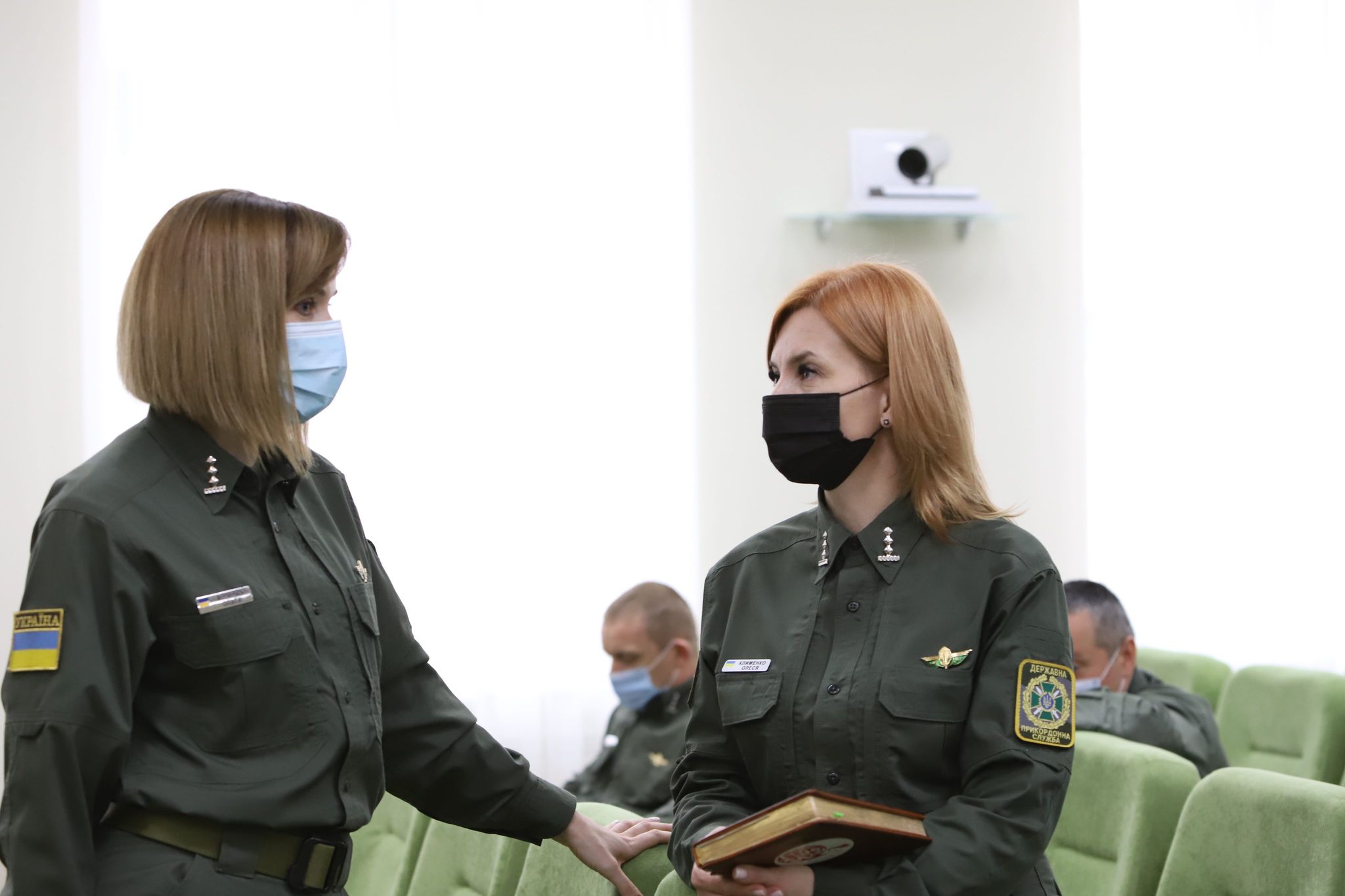 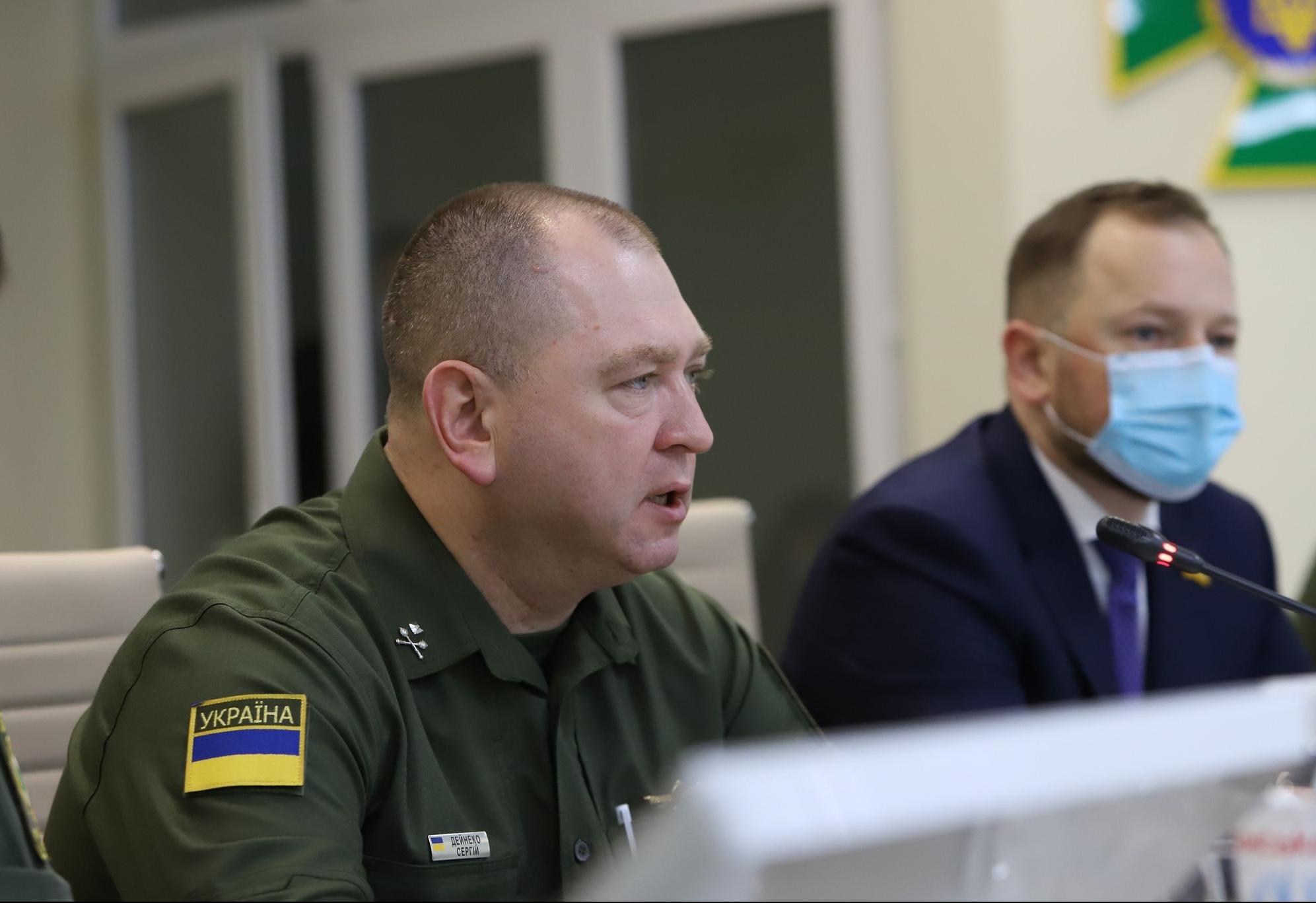