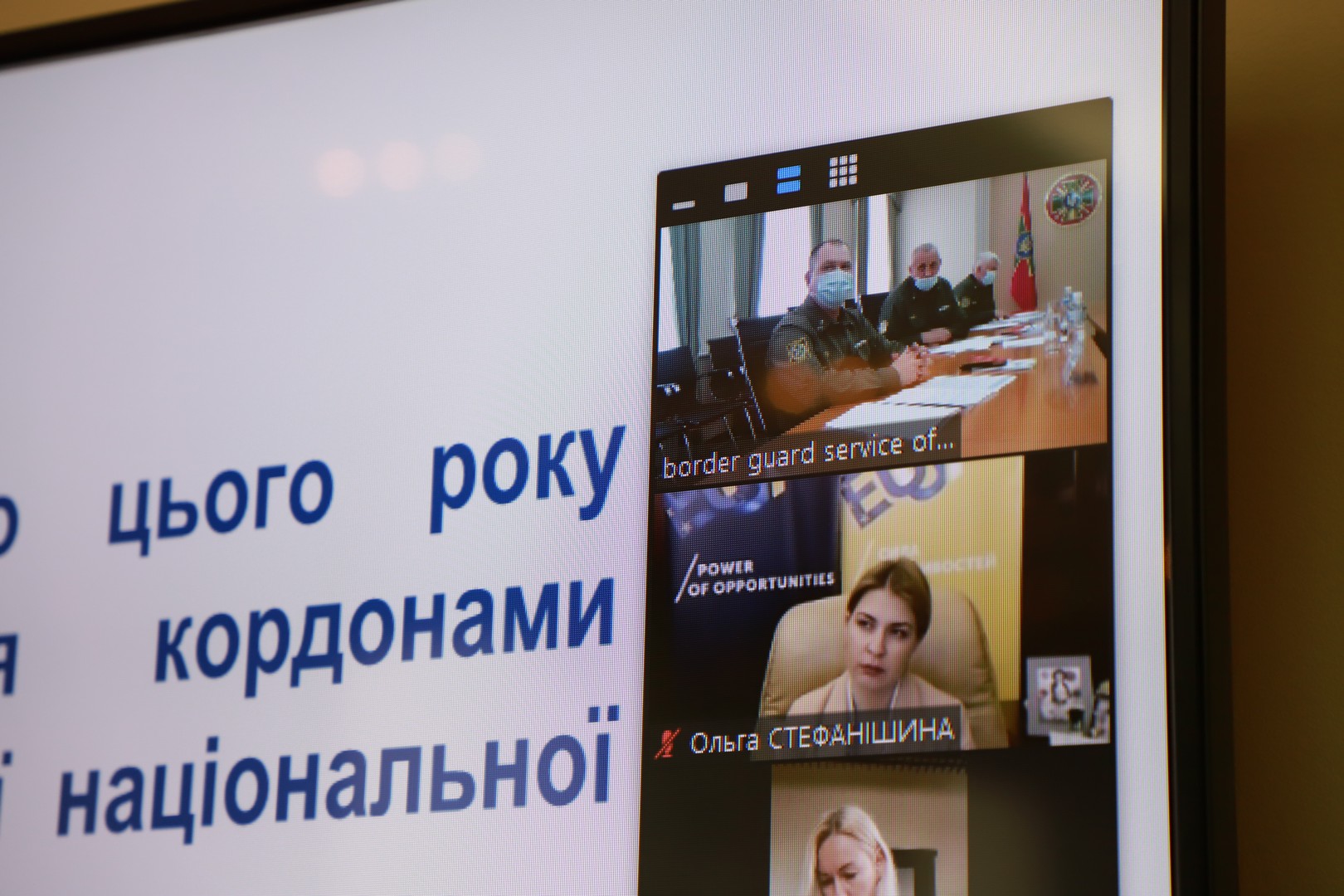 On April 6, there was a meeting of the interagency working group on the coordination of integrated border management led by Olha Stefanishyna, Deputy Prime Minister for European and Euro-Atlantic Integration.

In addition to the subjects of integrated border management, the meeting was attended by representatives of European institutions - the European Border and Coast Guard Agency (FRONTEX), the European Union Advisory Mission (EUAM), the EU Delegation to Ukraine, the Support Group for Ukraine of the European Commission, the International Centre for Migration Policy Development (ICMPD), Civic Organisation Europe Without Barriers.

"Indicators of the implementation of the Integrated Border Management Strategy are particularly important for the preparation of a report on the fulfilment of the terms of the visa-free regime with the EU," said Deputy Prime Minister Olha Stefanishyna.

Among the fulfilled tasks, the participants of the interagency working group noted:

·                approval of regulation on the functioning of authorized economic operators and the use of customs declarations;

·                approval of the instruction on the organization of mutual exchange of information on the air situation between the Armed Forces, the State Border Guard Service and the National Guard;

·                implementation of joint analysis of border security threats with the border agencies of neighbouring and partner countries, as well as with the European Agency FRONTEX and other activities.

The Head of the State Border Guard Service, Serhii Deineko, noted that due to the joint work, the tasks set by the decision of the National Security and Defense Council and the order of the Prime Minister of Ukraine have been fulfilled. Thus, by the order of the Government of February 24 this year, the Strategy of Integrated Border Management was brought in line with the National Security Strategy of Ukraine. Therefore, Serhii Deineko invited the participants of the meeting to review the report on the state of implementation of the action plan and intensify its implementation in 2021.

The participants of the meeting discussed the results of the implementation of the IBM Strategy.

The participants of the meeting discussed the results of the implementation of the IBM Strategy.

In particular, 46 tasks were implemented by achieving 79 indicators. At the moment, positive values have been achieved for 51 indicators, which is 64% of the planned. In particular, the Instruction on the organization of mutual exchange of information on the air situation between the Armed Forces, the State Border Guard Service and the National Guard was approved; by the order of the Government, a delegation was set up to participate in negotiations with the United States of America on cooperation in the use of passenger information. At the same time, there is an ongoing preparation of draft laws of Ukraine on the regulation of the use of airspace by unmanned aerial vehicles; criminalization of illegal movement of goods; use of preliminary personal registration data.

In general, unmanned aerial vehicles and systems for detecting and counteracting unmanned aerial vehicles were purchased to modernize the State Border Guard Service of Ukraine and strengthen border protection; there are ongoing measures to create a fundamentally new "intelligent" technical system for protecting the state border. The implementation of the action plan for engineering and technical equipment of the border has been ensured.

In order to achieve the key goal of IBM - to maintain an open border for legal cross-border cooperation and travellers, the working group once again took into consideration the matter of formation of European infrastructure for border and customs control. With this in mind, the Deputy Prime Minister drew the attention of the participants of the interagency working group to the need to intensify efforts to build and modernise state border crossing points to enhance Ukraine's integration with the EU. In this context, it is important to implement the Action Plan for the equipment of priority border crossing points for 2021-2023 and the development of joint border and customs control with our European partners.

"Efficient control at border checkpoints is important for increasing exports of Ukrainian products. Today, the European Union is one of our main trade partners, so the development of an effective customs infrastructure on the border with the EU is a key element of linking Ukraine with United Europe", said the Deputy Prime Minister.

The participants of the meeting also discussed the recommendations of European experts on the main aspects of border management in Ukraine and the implementation of the joint project "EU Support in Strengthening Integrated Border Management in Ukraine".

At the end of the meeting, Deputy Prime Minister Olha Stefanishyna expressed her gratitude to European partners for their comprehensive support for the development of border management in Ukraine and set tasks for IBM subjects. 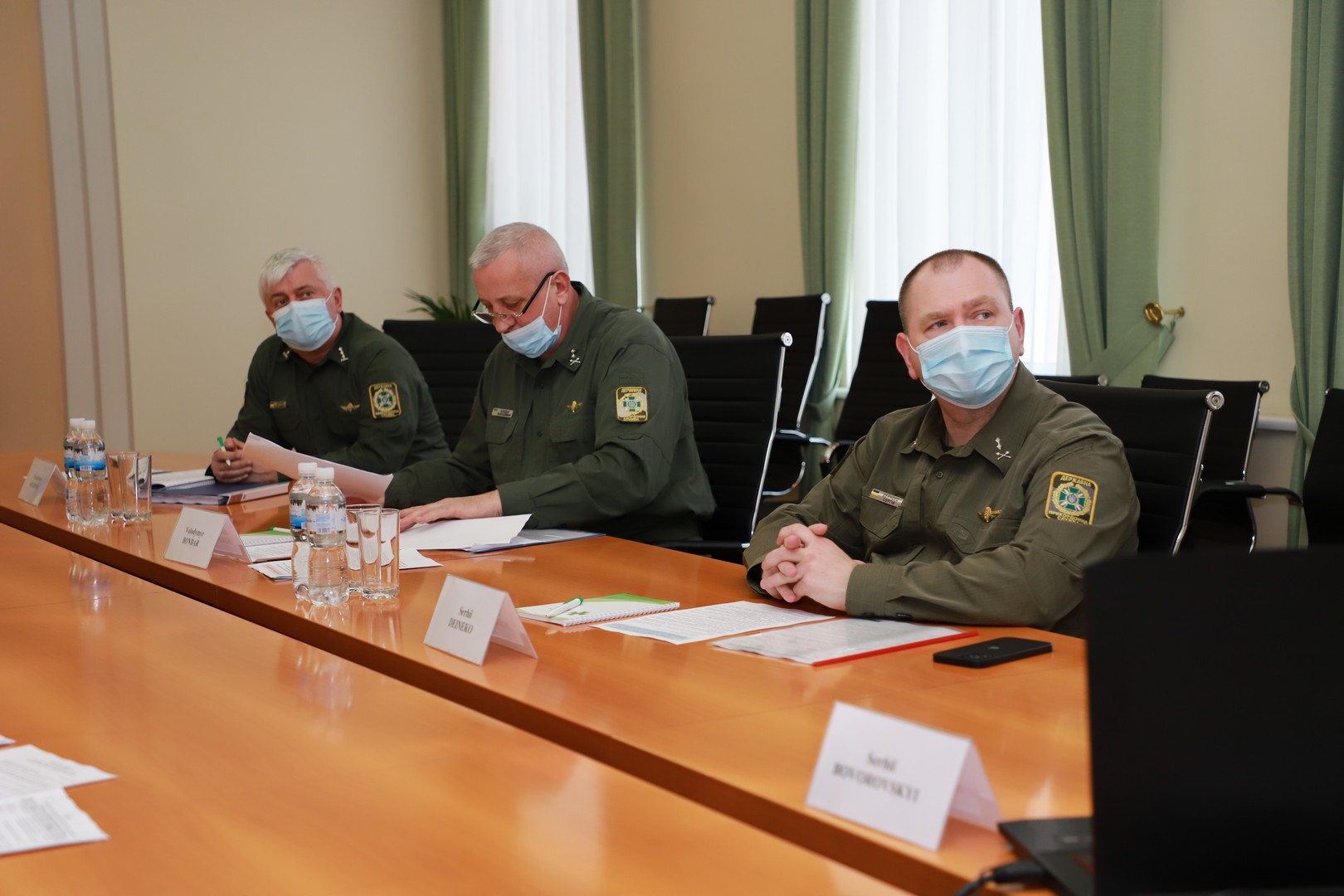 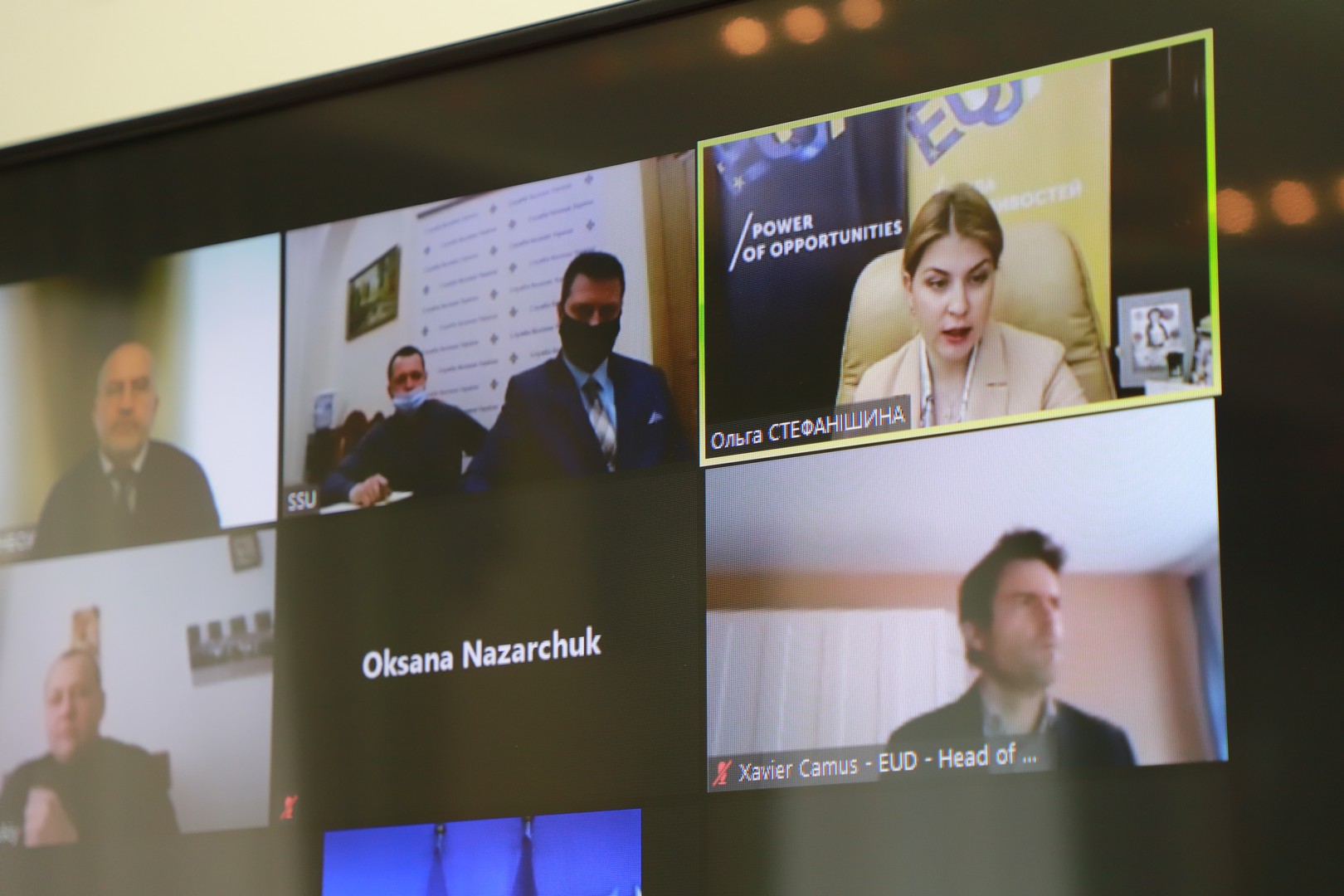 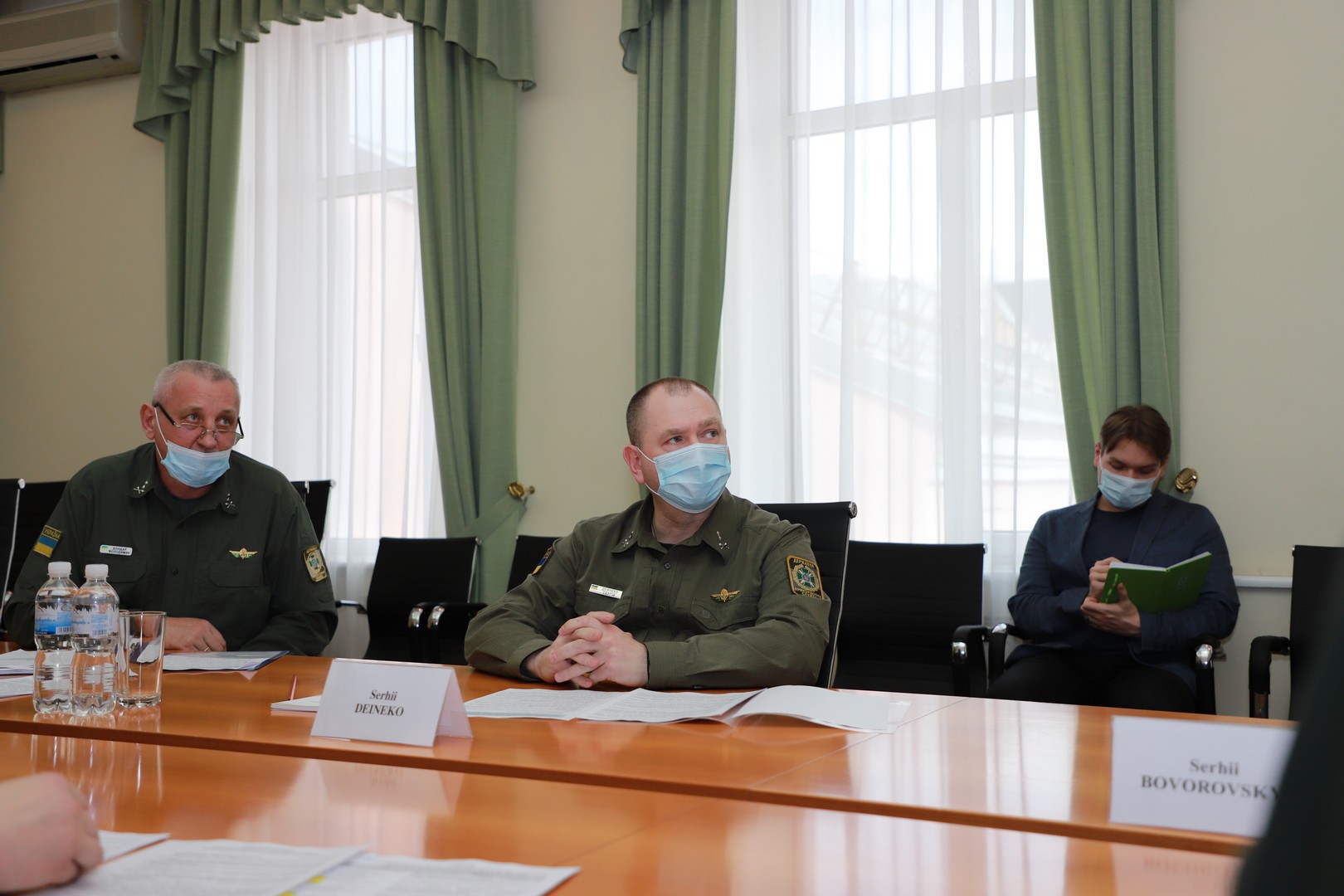 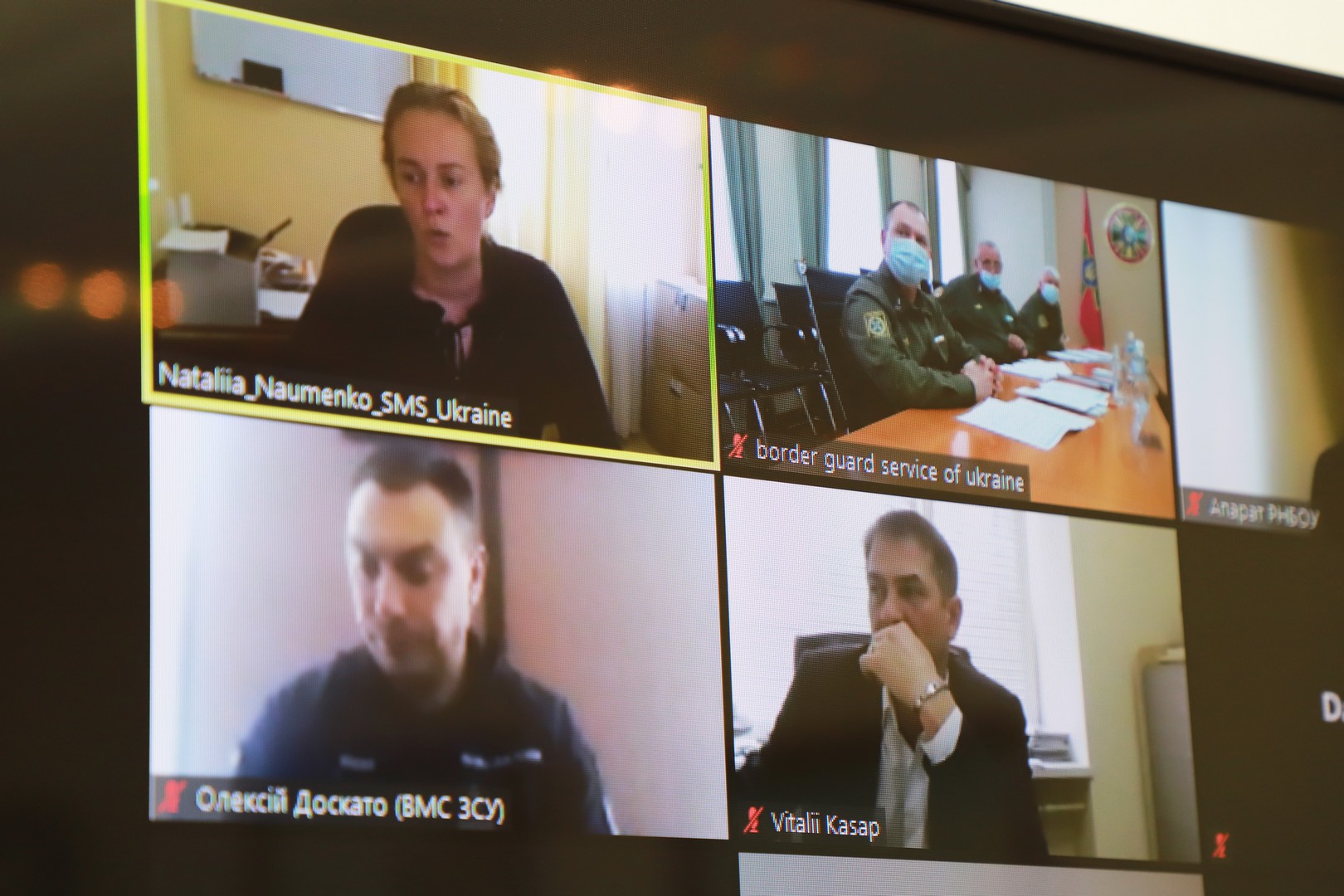