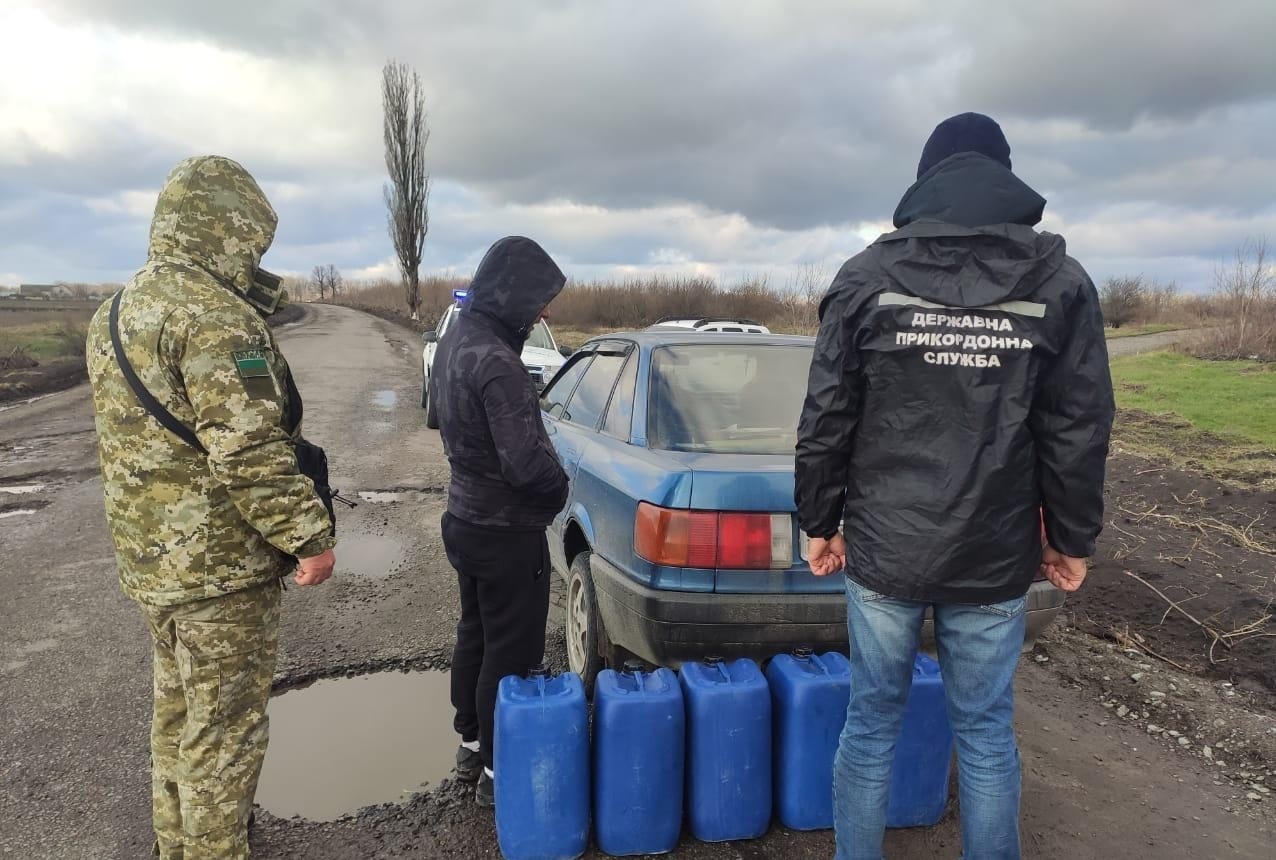 The vehicle was stopped near the village of Bochmanivka, in Odessa Oblast.

Border guards of the Podilsk border guard detachment detained a Ukrainian-registered Audi with a load of 100 liters of cognac near the Ukrainian-Moldovan border.

The vehicle was stopped near the village of Bochmanivka, in Odessa Oblast.

Its driver is a 29-year-old citizen of Ukraine, a local resident of Podilsk district.

During the inspection of the vehicle, the border guards found 5 plastic containers of 20 liters each with a yellow liquid and a characteristic smell of alcohol.

The goods were without excise duty stamps, and the driver did not have any documents for this consignment. The violator explained that he had bought cognac in the urban-type settlement of Okny and planned to sell it in Podilsk.

The total value of the liquid has been 15 thousand hryvnias.