HomeNews“Border-2021”. More than 800 violators of state border legislation have been detained

“Border-2021”. More than 800 violators of state border legislation have been detained

The State Border Guard Service of Ukraine summed up the results of Operation “Border 2021”, which took place on the border with Russia and Belarus in September and October.

The joint border guard operation “Border – 2021” was conducted by the forces and means of the State Border Guard Service together with the bodies and units of the National Police, the National Guard and the State Migration Service of Ukraine.

During the operation, several tens of kilometers from the border, deep into the territory of Ukraine, active search and preventive measures were carried out to combat illegal activities, identify and discredit the channels of illegal movement across the border of migrants, excisable goods and more.

Totally, during the operation, the service of almost six hundred joint teams with the interacting departments was organized, as well as the reserves of the State Border Guard Service were involved. Border guard planes and helicopters made half a hundred flights to carry out air monitoring of the state border.

As a result of active measures taken during the operation, 819 violators of the state border legislation were detained: 64 persons are for illegal crossing (attempted crossing) of the state border, of which 22 are illegal migrants. About six and a half hundred foreigners were detained for violating the rules of stay in Ukraine, more than a hundred people for violating the border regime and the regime at BCPs. The total amount of imposed administrative fines amounted to over 1.6 million UAH.

During the operation, the movement of contraband goods totaling more than 4 million UAH, of which almost 1.8 million UAH outside BCP, was stopped. Also, 12 weapons were found and seized, including 3 firearms and 188 ammunition.

Among other things, during operation “Border 2021”, a place of illegal amber mining was discovered at the Volyn Border Guard Detachment. The fact of illegal extraction of minerals and illegal circulation of wood (the amount of losses is UAH 3.5 million) was revealed at the Chernihiv detachment. As part of the criminal proceedings, fuel fraud was revealed, the amount of losses from which to the state is over 8 million UAH.

According to the materials of the cases of operative and search subdivisions, 26 criminal proceedings have been initiated within the framework of the “Border-2021”, including illegal movement of persons across the border, fraud with excisable goods, forgery of documents, etc. 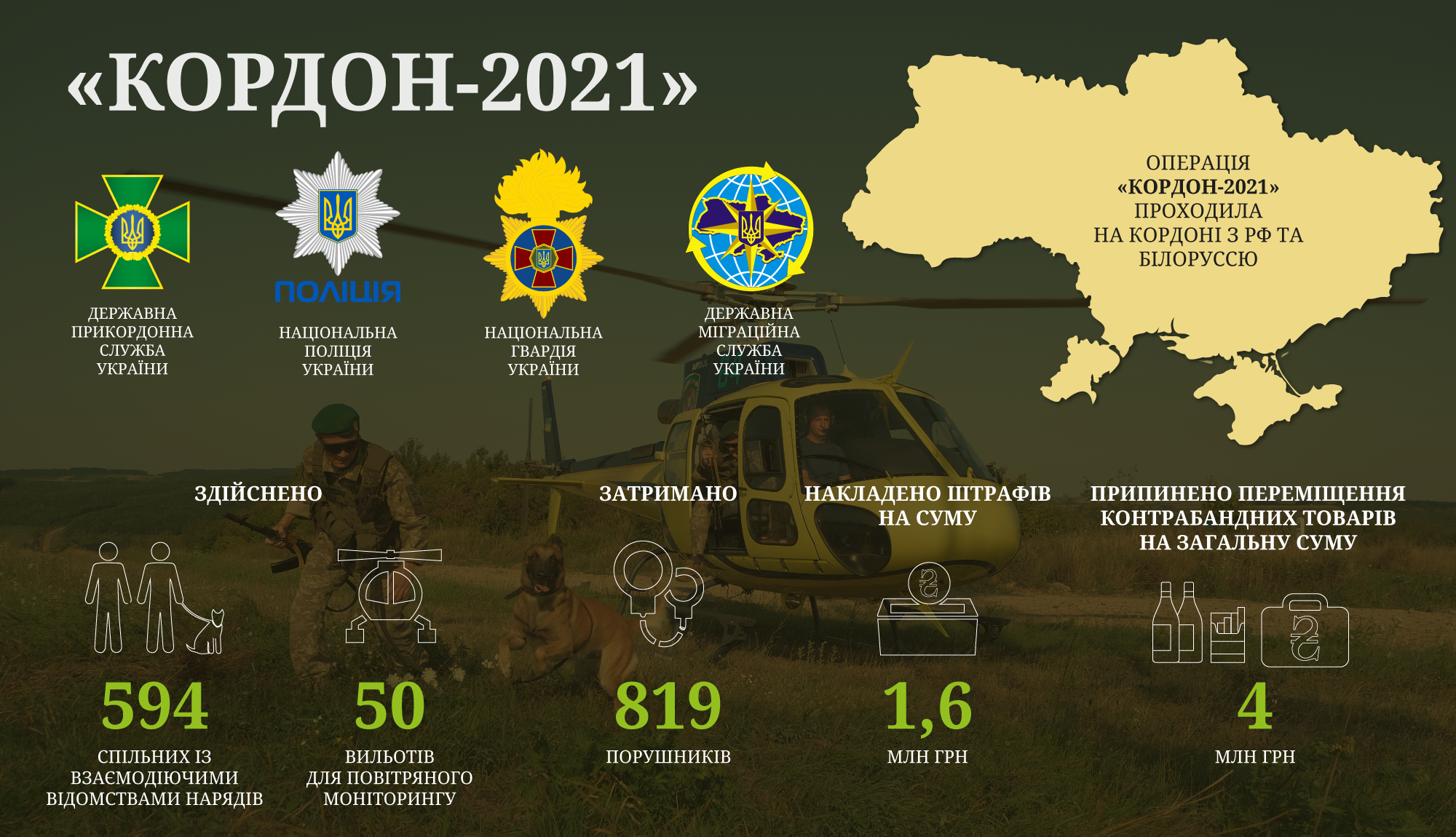