HomeNewsSURVIVABILITY FROM “SURVIVE”: HOW MARITIME BORDER GUARDS LEARN TO SAVE SHIPS AND CREWS

SURVIVABILITY FROM “SURVIVE”: HOW MARITIME BORDER GUARDS LEARN TO SAVE SHIPS AND CREWS 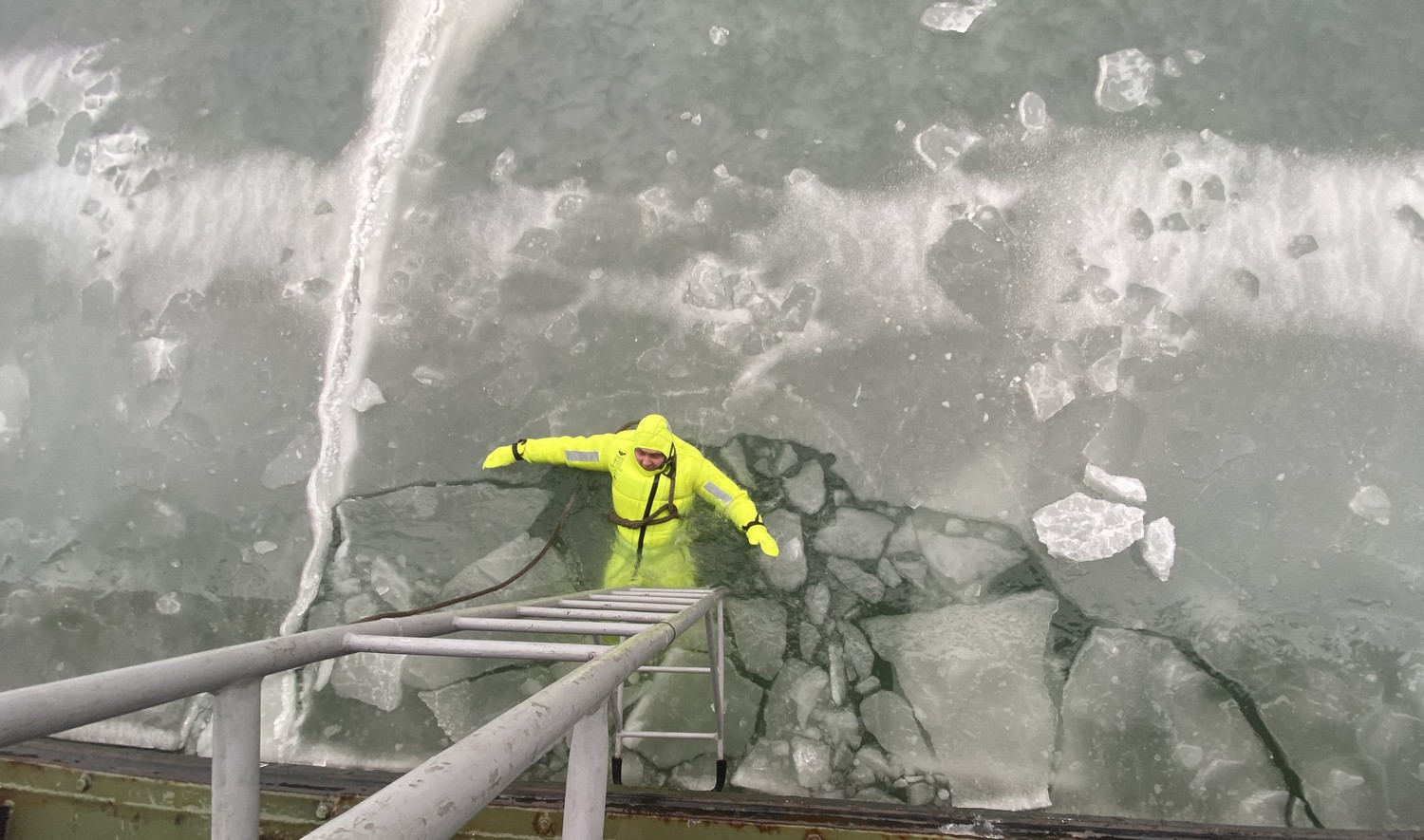 The struggle for the survival of a ship or boat is one of the main sets of knowledge and skills of the crew. For sailors, both a ship and a boat are not just a combat unit, they are a comrade-in-arms who must be alive in order for the entire crew to survi

The struggle for the survival of a ship or boat is one of the main sets of knowledge and skills of the crew. For sailors, both a ship and a boat are not just a combat unit, they are a comrade-in-arms who must be alive in order for the entire crew to survive.

The ability to act clearly and coherently in crisis situations is not an innate trait. In the middle of the sea, often in stormy weather or in extremely unfavorable weather conditions, quality training is required.

Maritime border guards from Mariupol are serving in the Sea of Azov, in the area of the Joint Forces operation. Therefore, each access to the service - a risk: an open provocation and aggression of the enemy, the complex nature of the Azov Sea, recklessness and wrecking poachers in an attempt to “neutralize” interfering pursuit of fishing. This means that the crew must be ready to locate the problem quickly and in a coordinated manner, eliminate the threat to the survival of the ship or boat and prevent disruption of the state border protecting task.

The commanders of the ships and boats and their executive officers were not just spectators, but also acted as experts during the further analysis of the task results.

The crew receives instructions one after the other - failure of the right engine due to rupture of the fuel line, the risk of fire, a hole in the board below the waterline, water entering the compartments, and so on. The scenario of the exercises is as realistic as possible, because in the sea it often happens that neither the enemy nor the nature gives time for reflection and getting the wind.

Reports on the situation, measures taken and their results are heard at the main command post. And this is no less important component. The success of the struggle for survival depends on the correct assessment of the situation, the distribution of forces and the efficiency of the decision no less than on the specific actions of the performers. Everything can be used - from improvised means: wooden wedges, sliding stops, conventional fire extinguishers, to specialized high-speed liquid fire extinguishing systems to localize and stop large-scale fires.

Thanks to the development of international cooperation, bringing the activities of the State Border Guard Service in line with the leading experience of the EU and NATO, emergency parties of the ship-boat are equipped with modern devices and personal respiratory protection, portable air gas analyzers, emergency lights.

Even sophisticated equipment requires skilled handling, the skills brought to automatism to its application was effective and timely.

At the same time, the crew worked out the evacuation from the ship, which suffered a disaster. The hydrothermal suits obtained within the framework of the ITA project, designed to protect a person from hypothermia in the event of an emergency or other abnormal situation, are actively used by the fleet during the rescue operation on board. But their main purpose is to keep a person in the water at sub-zero temperatures for up to 15 minutes, so that he gets to the life raft and does not die from hypothermia. This suit meets the SOLAS Convention requirements and allows the person to stay in the water up to 12 hours at more favorable temperatures. Participants of the training “swim” responded very favorably on the quality and functionality of the suit. Even in an environment of stable ice blocks Azov positive buoyancy confidently kept afloat, the body did not get a drop or freezing sea.

After the training, both the crew and invited commanders and executive officers of other ships and boats conducted an analysis, which assessed the commander's activities, coherence and efficiency of emergency parties, shared experiences of improving and optimizing the process of fighting for survival in different circumstances. 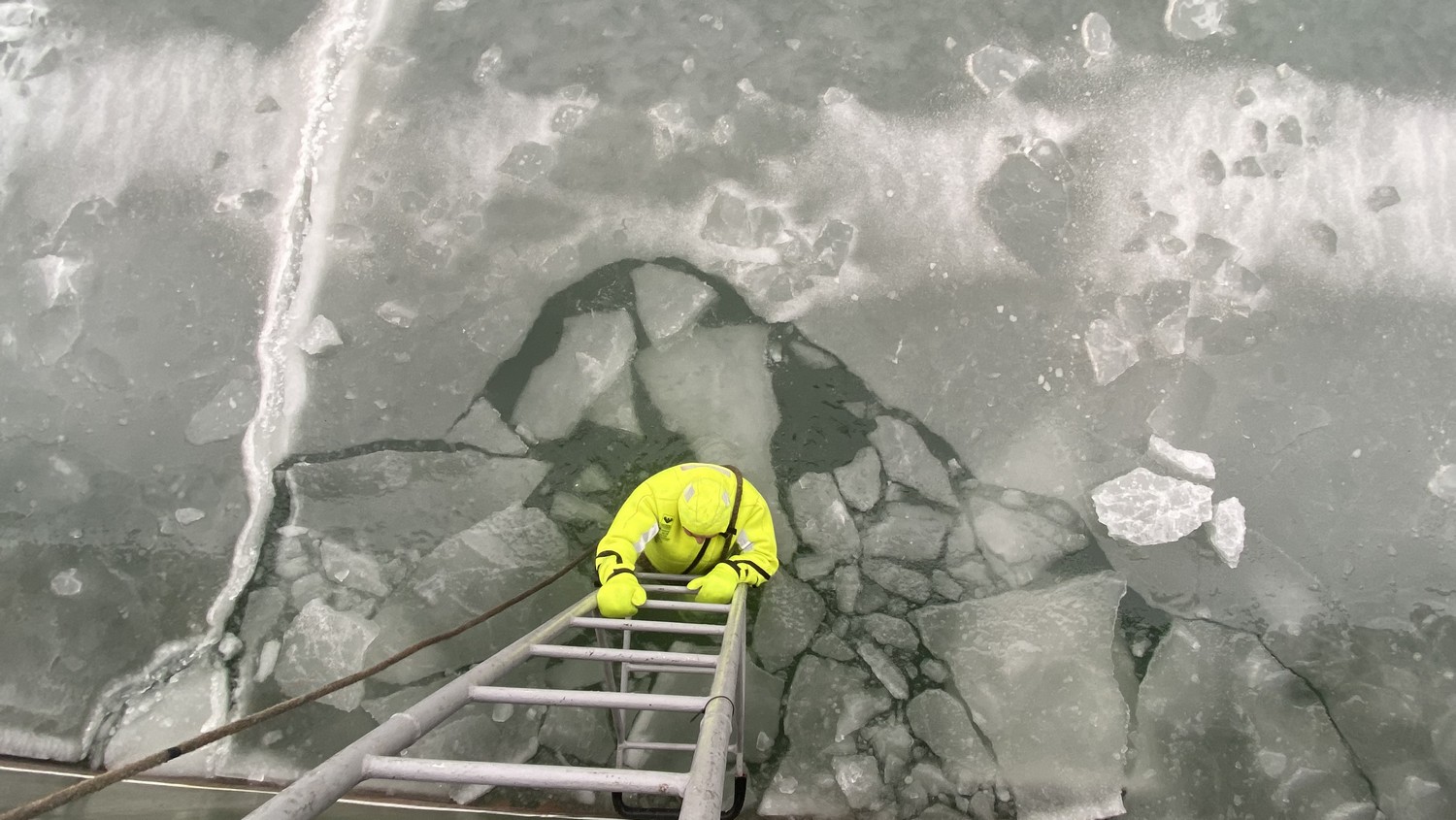 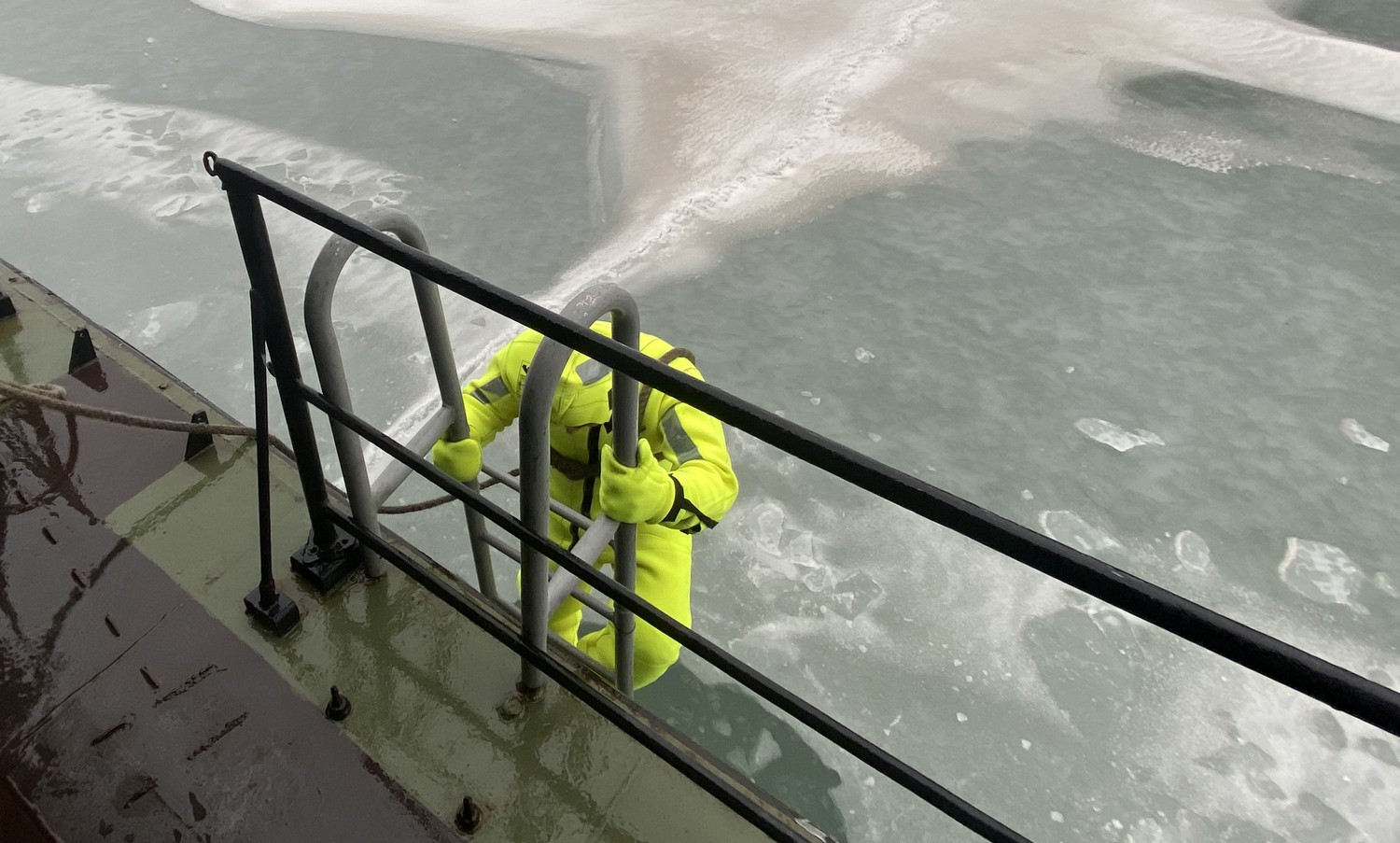 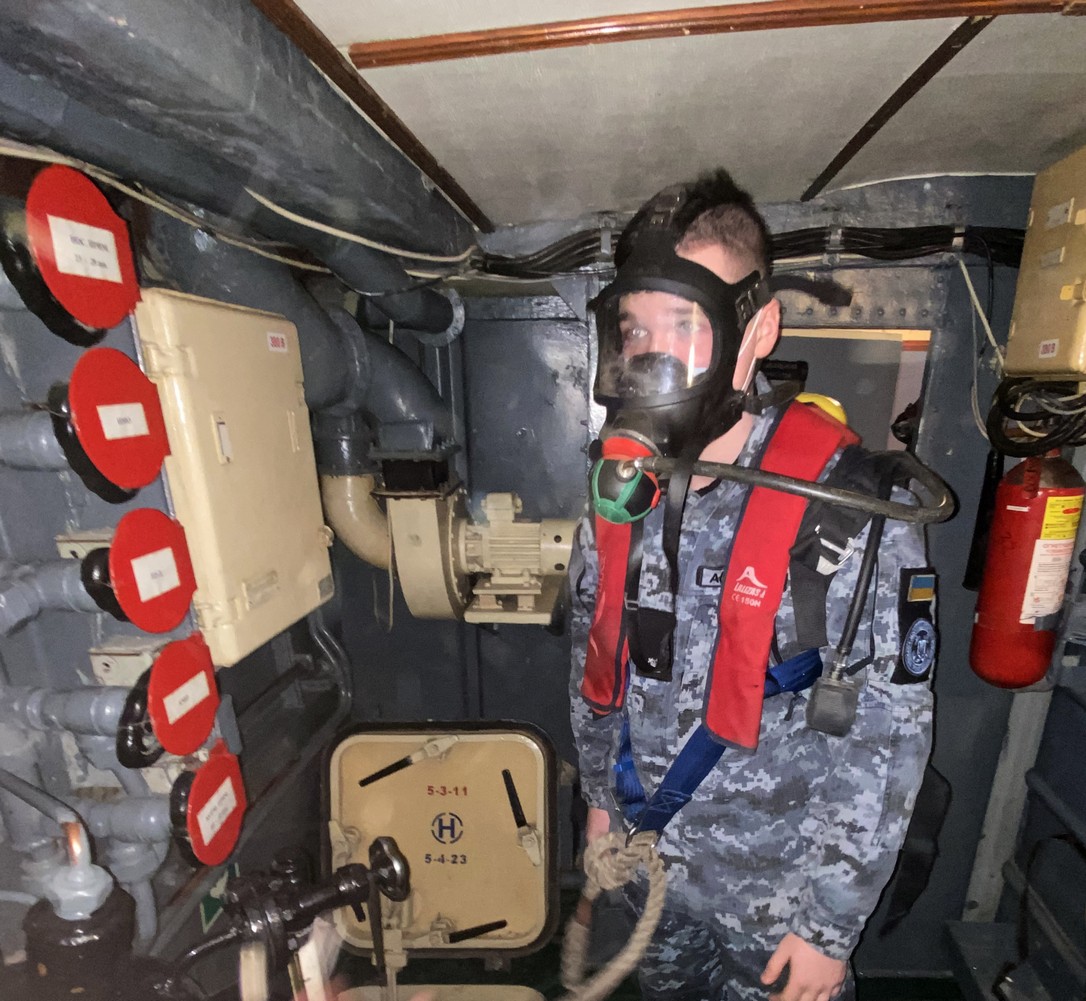 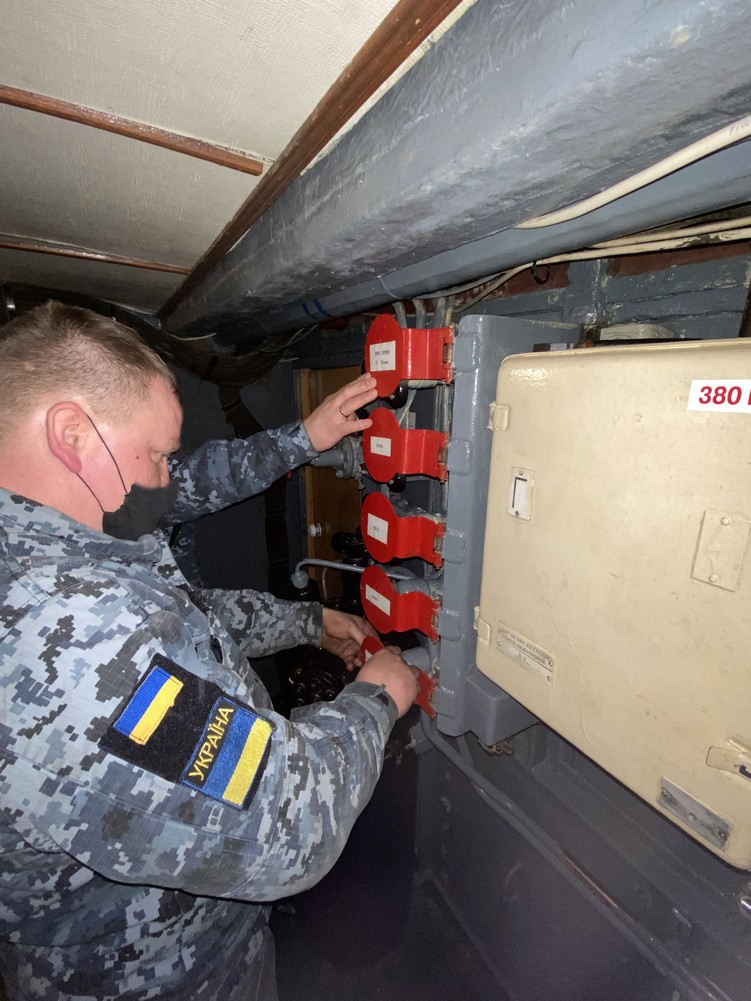 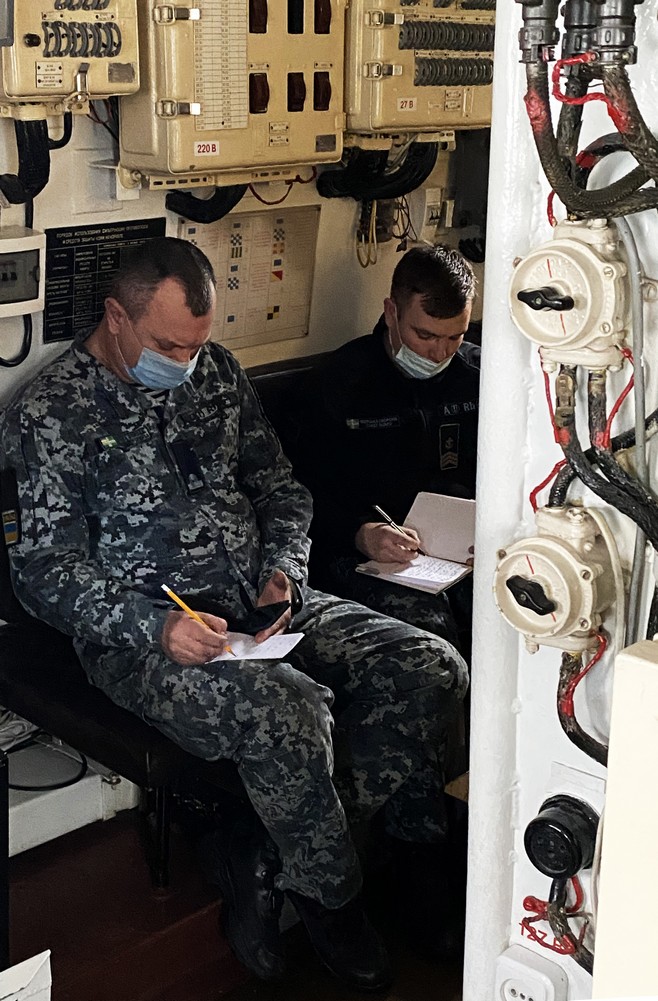 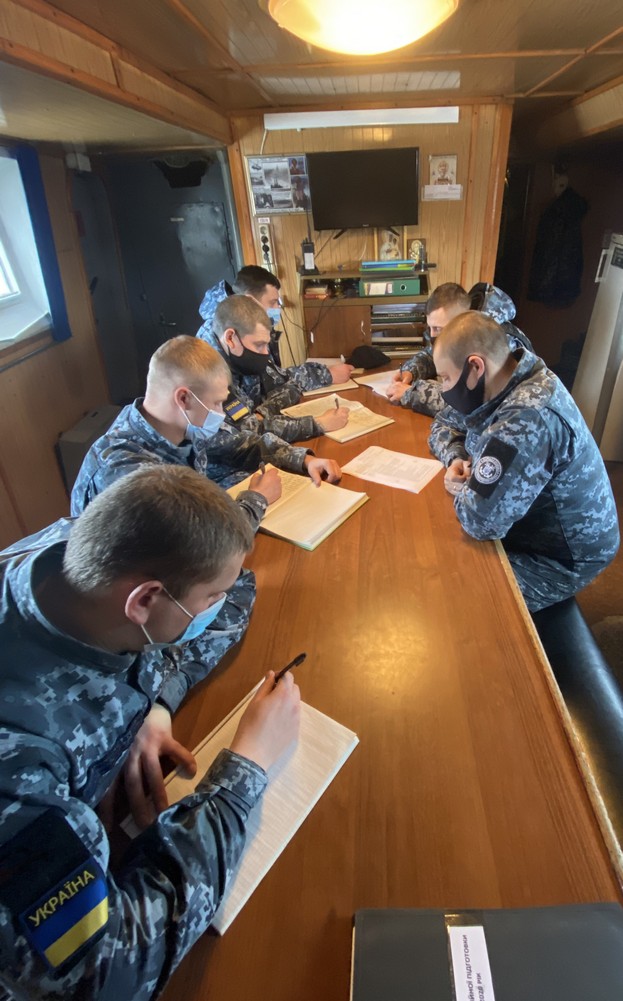